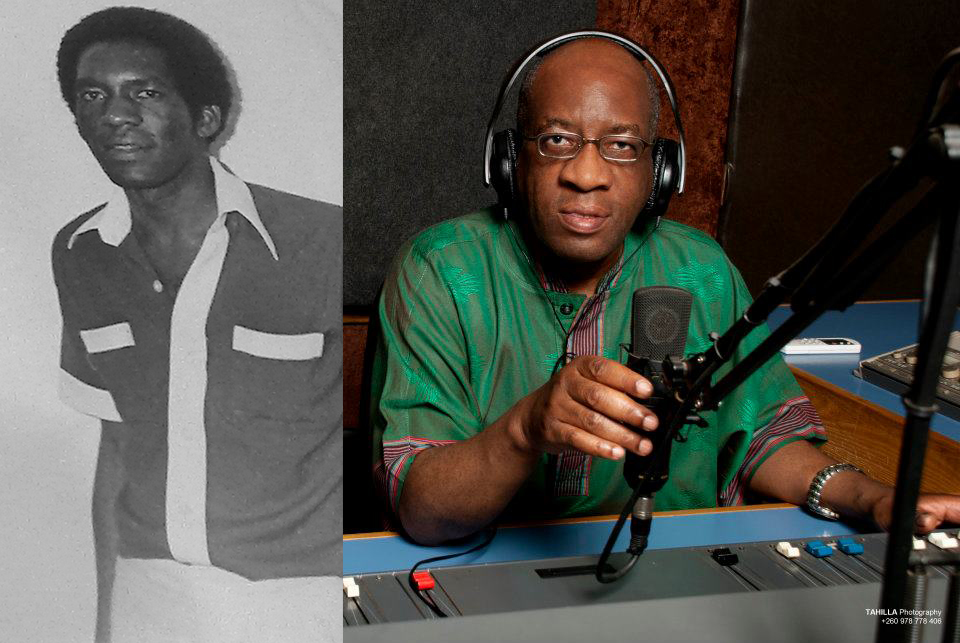 ROY KAUSA, Lusaka
THE news about the death of Mateo Phiri, who was fondly known as Mateo the Phiri in the late 60s by radio listeners on Zambia Broadcasting Services, is shocking. He died in Lusaka last Tuesday.
Many radio listeners will remember Mateo Phiri for his rare sense of humour.
Matty P, as he was affectionately called, kept listeners glued to the radio airwaves of the Zambia Broadcasting Services (ZBS) now called Zambia National Broadcasting Corporation (ZNBC).
As radio DJ, Mateo Phiri did not only mesmirise audiences with mature music, but had a rich knowledge of music from various parts of the world.
In his early days at ZBS, he loved to play South African Jazz, spiced with the sinjonjo and patapata beats from Southern Rhodesia now Zimbabwe. He also played rhumba from the Democratic Republic of Congo (DRC) then called Zaire.
This great son of Africa, who seemed to have been born with a silver or copper-tinted microphone â€œto his lipsâ€, was a born entertainer.
He was soft-spoken, sometimes shy, but hey, he always had a good joke up his sleeves! In short, there was no dull moment with Mateo Phiri.
This seasoned journalist spent most of the time reading different aspects of life. Matty Pâ€™s vast knowledge of current affairs was unmatched.
Apart from music, he was an ardent fan of boxing and, of course, he loved to dance.
Mateo Phiri will be remembered by many disco patrons in the mid-70s for his Night Fever Disco crew that took Lusaka by storm.
The Woodpecker Inn at Woodlands became the Night Fever Disco camp. Every weekend, fathers and mothers in Lusaka â€œlocked up their daughtersâ€ because Matty P was in town.
Obituaries are written about those who go to the yonder world, but like an old English saying, they do not die but fade away, disappear for a while to the â€œnight shiftâ€ and the next moment they come alive.
For a journalist, a musician, a poet and actor like Matty P, his work will live with us.
Mateo Phiri was the humble of the humblest, who could not even kill a fly. He was a loving parent, a husband, a grandfather and above all, a friend of both the young and the old.
In the late 1970s, I lived a stoneâ€™s throw from Mateo Phiriâ€™s house in Kabwata Estates, which Matty P coined as Dallas because of the endless weekend parties by the residents of what was then a rich middle class area.
I was informed by the legendary Zamrock king Rikki Ililonga recently at Hotel InterContinental Lusaka about the death of the accomplished DJ.
I quickly sent a message to Mumba Kapumpa, Zambiaâ€™s ambassador to South Korea, who wrote, â€œWo, wo, wo, Mateo Phiri is no more! The Matty P! How many friends will I find by the time I come back? You know I lent him all the rhumba records he needed to start his 5FM radio station because I know longer played them. I have known Matty P from 1967 when I was at campus and I used to send radio requests to ZBS radio 2 in the evenings. He knew my voice I also knew his voice. Since then we just hit off and became buddies!
One day in London, Mumba Kapumpa recalls that while checking in at Victoria Station for a British Caledonian flight, his luggage was over-weight and time was running out for the closing of the flight.
â€œOut of the blue Mateo Phiriâ€™s daughter helped him. Donâ€™t argue, you were not there! to use Matty Pâ€™s signature words. He performed with the legendary Golden Rythmn Crooners band from Southern Rhodesia now Zimbabwe in the 60sâ€ says Kapumpa.
Mr Kapumpa, fondly known as Brother K, also remembers that Mateo Phiri was a radioman through-and-through.
â€œHe loved radio. Matty P just loved radio. He made radio alive!â€
Mr Kapumpa says.
â€œI shall miss his dedication to friends, his family and his radio and sometimes the order of priority was difficult to discern among the three. Mateo was a great brother.
Another veteran broadcaster Ben Kangwa sent me a message, which reads â€œRoy, we share the same experience and the same grief.â€
And Rikki Ililonga summed up Mateo Phiriâ€™s life as a man who loved and lived his life to do what he understood best, radio broadcasting.â€
Mateo Phiri has left a legacy. He was a simple broadcaster, but went through the journalistic mill and eventually owned his own radio station. This is not a mean achievement.
Mateo Phiri sent me this text message last month, it reads, â€œHi Roy, you phoned me the other day, but my phone could not communicate. Nice to know that you are still sticking out a foot. God Bless.â€ Mattippi.
This is how close I was to Mattippi, we shared notes.
He was a great man, who loved the rich the poor and the weakest. I, therefore, appeal to friends and family to remember Mateo Phiriâ€™s own words, â€œKulila sibalesa, koma kalilidweâ€.
Mateo Phiri, whose legacy shall live for many years to come, will be buried today.
Farewell, farewell Mattippi.

When the unthinkable happens