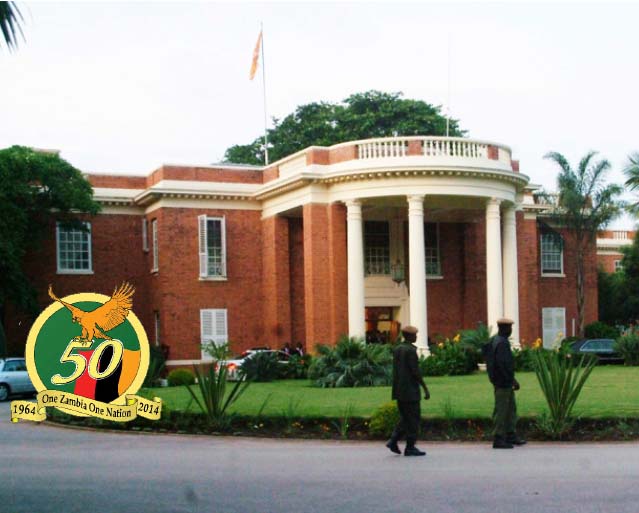 YOUR FAMILY MATTERS with PASTOR CHANDA
Thursday, November 13, 2014: With President Sata laid to rest, it is now â€œall systems goâ€ in the race to Zambiaâ€™s Plot One. The political gladiators have entered the arena and there are no holds barred. The next few months will be very interesting for us as Zambians.
Anyone who is not man enough and throws himself into the political arena will only have himself to blame. Fists will be flying in every direction until the final whistle is blown and the nation hears the announcement of the winner of the contest.
In a few months, we will have another First Family in State House. Until then, the next 77 days will certainly be very interesting! We can only pray that the successor of President Michael Sata will lead the nation forward instead of taking us backwards.
As we look forward to voting in our next president, I wish we Zambians realised that the state of a manâ€™s family says a lot about the man himself. Half of the work of the police and the judiciary is because parents were negligent in carrying out their responsibilities.
Interview many of the convicted criminals and you will soon discover that by far the greatest majority either come from broken homes or from homes with absentee fathers. In other words, good homes are an absolute necessity for a nation to produce good citizens.
That is why in the Bible it is forbidden to choose anyone as an elder of the church if his family life is in total disarray. The reason is quite simple. If a person has failed to run a home with six people, how will he run a nation with twelve million people?
The Bible says, â€œ[The potential elder] must manage his own household well, with all dignity keeping his children submissive, for if someone does not know how to manage his own household, how will he care for Godâ€™s church?â€ (1 Tim. 3:4-5). How true!
Therefore, journalists should help us in the next few months to choose our next president by telling us about the families of those who are currently vying for Plot One. We are not asking them to dig up illegitimate children because that will be seen as â€˜de-campaigningâ€™ them.
We simply want to know what is objective and undeniable. Who are the presidential hopefuls married to? How many children do they have? Where are these children? Journalists should stop being quiet about this matter so that they can help us as a nation to vote wisely.
Those vying for presidency always promise us heaven, but will they keep their promises? The proof is in the fact that they once promised heaven to some young lady who even believed them and got married to them; but did they keep their promise?
That is the kind of information we want to know. If they did not, and as soon as they had landed that young lady in their home they became promiscuous, they will be unfaithful to us the moment they arrive in Plot One. Surely, that kind of extrapolation only makes sense.
The same is true about child-upbringing. If a man has done a good job in raising his children, we know that there is a greater possibility that he will do a good job in raising this nation. The home would have been his training ground. Now he is fit to lead the nation.
Again, we are not asking for our journalists to turn to gutter journalism, sniffing into peopleâ€™s private lives in order to embarrass them. We want the facts. The interpretation of the facts will be left to the individual voters. Please, journalists, tell us the simple facts.
Finally, we cannot divorce a president from his wife and children. These will be in the newspapers from the moment the president is sworn in. Will they appear in the news for good reasons (due to their achievements) or for bad reasons (because of their scandals)?
The presidential hopefuls will appear on television to market themselves. That will be a wonderful opportunity to first ask them to tell us about themselvesâ€”where they were born and educated, their career historyâ€¦and their marriage and family lives. We are all ears!
For comments & confidential counsel, write to: reverendchanda@yahoo.com or call or send a text to 0974250084

Imonda, 99, says marriage is heaven
My wife insults, assaults me