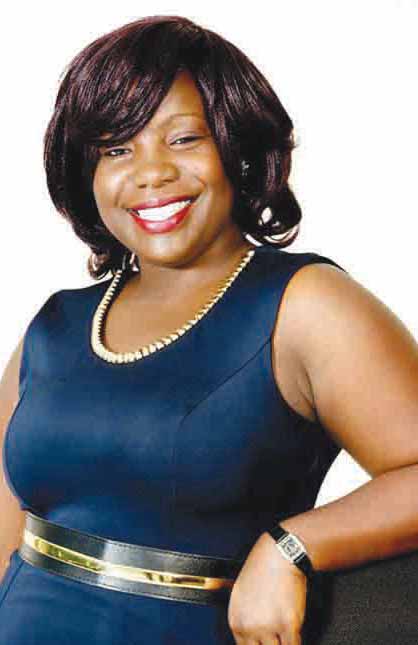 By PRISCILLA MWILA
EVERY parentâ€™s hope is to educate his or her child to help them become an important member of society. Children dream of becoming doctors, lawyers, teachers or accountants and work towards achieving this.
To be successful people have to go to school and get the necessary education. It is not through magic but hard work that has put successful people in these positions.
Faith Masupa Kalungia is one such person, a young mother of two, married to Mr Chardley Kalungia who has worked hard to be where she is today.
She runs a non-profit running organisation Mother of Millions Foundation whose objective is to help the vulnerable in the communities. Faith decided to pay back by sharing her successes with children and women at the Lusaka Central Prison.
â€œGod spoke to and instructed me to visit the Lusaka Central Prison (Chimbokaila Prison) and to begin a school for the children who are in prison as their mothers serve their various sentences. I went to see Prison authorities and explained what I wanted to do. I was advised to the Ministry of Home Affairs,â€ she said.
For which permission was granted by the ministry. Faith was given part of the prisonâ€™s dining hall to set up a class for the children. She furnished it with tables, chairs and created a warm environment for interacting with children. She then employed two teachers to take care of these children.
The teachers are able provide an atmosphere which takes the children away from the prison environment between 08.00 to 16.00 hours. During this time, the children are kept in a warm family environment where food and other necessities are provided.
As time went by, women started opening up with Faith and began sharing their problems with her; some even approached her for help for different situations. The biggest concern of the female prisoners was that they have nowhere to start form once they leave prison.
The lack of infrastructure hindered Faith from proving more services to the inmates. She later then decided to apply to the ministry of Home Affairs for land and her wish was granted.
Faith has also embarked on a K500,000 project to build six classes for women and children at the prison
â€œThree of the six classes shall be used as primary and secondary school and the other three will be used as skills and rehabilitation centres for women in prison. The rehabilitation centre is meant to impart women with skills such as tailoring, catering, computer among others,â€ she said.Â Â Â Â Â Â Â Â Â Â Â Â Â Â Â Â Â Â Â Â Â Â Â Â Â Â Â Â Â Â Â Â Â Â Â Â Â Â Â Â Â Â Â  However, the foundation has been facing challenges such as insufficient funds to facilitate the building of the six classes as well the lack of sufficient teachers and trainers for the project.
The organisation is also in partnership with the University Teaching Hospital in Lusaka and is working on a repatriation project to take care ofÂ  people whole are unable to transport themselves to their destinations once they are released. So far, the organisation has repatriated about 15 people.
Faith has appealed to well-wishers and corporate world on behalf of the foundation to render financial support and other form of help to improve the lives of children who are suffering prisons for the sins of their mothers. And to empower female prisoners so that one they are released they are able to integrate and become responsible and law abiding citizens.

Effects of tribalism on children
When women resort to muti: Is there cure for marriage?