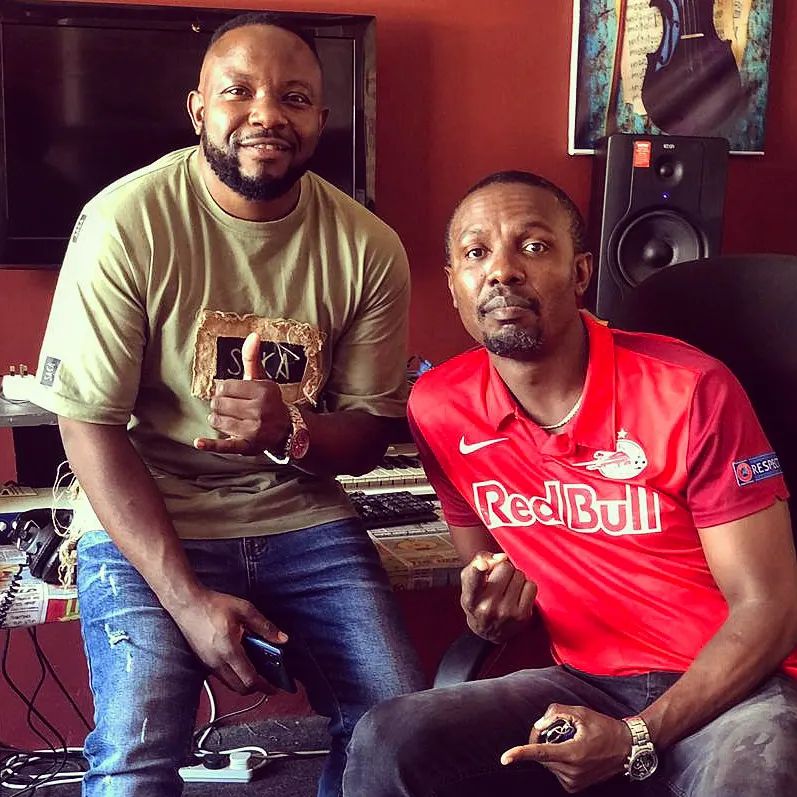 songwriter and producer F Jay with Israel in studio

THELMA BWALYA, Lusaka
RHYTHM and Blues singer, songwriter and producer F Jay has released his fourth single this this year titled Nili Moyo.
F Jay said he has been recording a lot of music as well as investing in studio equipment for his soon-to-be launched studio.
“I have been recording a whole lot of music, mine and also for artistes under my label Gaga Music, which we are soon to officially launch,” he said. “I have also been investing in new equipment for our studio so that upcoming artistes don’t find it hard to get studio time.”
F Jay’s latest single, which features Israel, talks about appreciating life and how that there might be another chance at life as long as one is alive.
“The song basically just talks about appreciation of life and knowing that once you’re awake, then you have another chance at life and whatever you’re going through, you have another chance at happiness, another chance to dance, another chance to fight,” he explained.
“The song has been out for days and it’s doing really good, people are receiving it well. It’s a good thing to receive good feedback of a song because that song is something from the heart.
“The inspiration is just life, I see a lot of people going through things and they just hold it inside, especially as men. We are taught to hide our emotions and not really show when we’re going through something but I just thought I should put it in a song and say whatever you’re going through, just know that you’re alive and you can still fight another day, that’s what inspired the song.”
F Jay said in one of his Facebook posts that he waited over six year to finally write a song that he felt was worthy of an Israel feature.
He believes it was worth the wait.
The singer said the song does not have a video yet, but he is currently shooting one to be released soon.
F Jay said the song is off an upcoming project but he cannot give details just yet.
“This song is leading to something bigger,” he said. “I’m not going to say what yet, I’m not really preparing for an album as of yet. I want to see how I can change my brand and just grow it and receive a whole different type of audience including my previous audience and see how that will go and then we can talk about the album, but for now, it’s just singles that we are working on.
“My fans should just expect a whole different artiste, one that they’ll be proud of, one that they can respect and celebrate confidently, not one whereby you are even embarrassed when you see them.”
F-Jay said he has four artistes that he is working with and he will soon announce them when he officially launches the label.
“But for now, I can name two, Exit and Emma,” he said. “I have done music with all these artistes but now we’ll launch them officially. I’m promising my artistes that I’m going to be that epic artiste that you won’t wait to let people know that I’m proudly Zambian.”

10 kids out to prove their singing skills