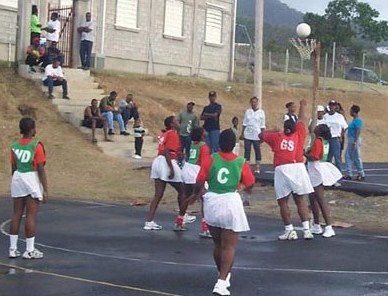 TIMOTHY KAMBILIMA
THE old saying that â€œall work and no play makes Jack a dull boyâ€ should be taken seriously by all parents and school-going children.
It is against this background that I want to encourage all the pupils not only to concentrate on subjects that are on the time table, but to also take part in various extra-curricula activities.
It is important to state that every school worth its salt should provide pupils with activities outside the learning and teaching time.
Schools must have sports activities such as football, netball, volleyball, table tennis athletics, rugby, chess and several others.
We have seen many people like our own 1988 African Footballer of the Year and Football Association of Zambia (FAZ) president Kalusha Bwalya, former world hurdle champion Samuel Matete, current Mufurila Wanderers coach Manfred Chabinga and many others who took sports seriously while at primary and secondary school.
I am not saying these sports personalities did not do well academically, but that they participated in sports wholeheartedly.
Aside sports, we expect all schools to have a variety of clubs such as debate subject clubs, press clubs, Red Cross, Scripture Union, JETS, anti-AIDS, anti-corruption, road safety, anti-defilement clubs to name but just a few.
These clubs help pupils to discover their talents and skills. I am one of the beneficiaries of clubs myself.
I discovered the interest to write letters to the editor and articles in 1988 at Chililabombwe Secondary School while doing Grade Eight.
I joined the press club and since that time, I have always felt duty-bound to inform, educate and entertain fellow citizens.
We also have nurses and other medical practitioners today who were once ardent members of the Red Cross clubs when they were pupils.
The various clubs found at schools also help pupils make new friends, learn new ideas and improve on their interactive and interpersonal skills.
Clubs in schools also help pupils build confidence in themselves, especially the debate clubs.
In fact, some of the members of Parliament who speak for the voiceless were once very good members of debate clubs at their former schools.
Further, belonging or joining any club at school gives the pupil the opportunity to develop leadership skills since there are leadership structures in which pupils serve fellow pupils.
Such leadership skills can be used by the pupils in their own communities.
It also pays to take part in extra-curricula activities at school as it helps pupils to desist from vices.
Though Zambia is an independent and democratic nation that promotes individual human rights, school authorities must come up with innovative ways of compelling all pupils in school to belong to one club or the other.
In fact at the beginning of every academic year, a day should be dedicated to orient all the new pupils, letâ€™s say grades eight and 10 on the need to belong to a club at school.
To motivate the pupils, schools can seek the services of successful and reputable guest speakers to give talks to clubs that exist at school.
Teachers and pupils can take advantage of the banning of extra lessons in schools by helping slow learners using subject clubs such as Geography, History, Science, Mathematics and English.
If it is possible, teacher unions and the government can find ways of remunerating teachers who are patrons for established clubs in schools.
Private school owners can do the same by motivating teachers who spare their time to be with the pupils in various clubs after knocking off.
It is the responsibility of parents, teachers and the school authorities to encourage pupils not only to concentrate on time tabled subjects but to also ensure they take part in various extra-curricula activities at school.
History has taught us that even the Khnikhoi and Bushmen spared time to do other activities such as painting. If they did why cannâ€™t we do it?
The author is a Luanshya-based historian.

Getting to Nacala Corridor through Great East Road

Breastfeeding: a must do

Let’s protect our children from violence