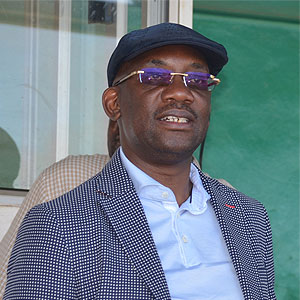 SYLVESTER CHISHIMBA, Lusaka
FORMER Football Association of Zambia (FAZ) presidents Teddy Mulonga and Simataa Simataa have said the appointment of the organisation’s boss Andrew Kamanga as FIFA audit and compliance committee is a step in the right direction.

On Thursday, FIFA announced Kamanga’s appointment to the seven member FIFA audit and compliance committee to be headed by Vesel Tomaz of Slovenia.
Mulonga said in an interview in Lusaka yesterday that Zambians should be proud of Kamanga.
“I am very excited and happy because Kamanga is a person who has been found worthy of being part of this committee. Accountability in FIFA is very important at the moment following the corruption reports that have been reported.
“The game has suffered bad publicity due to corruption cases that were reported.  FIFA president Gianni Infantino has taken a different stance in fighting corruption which needs to be commended because ethics will be effectively followed,” Mulonga said.
Simataa said: “This appointment will translate into the development of the game in Zambia. The country will acquire more new skills to develop football. It is also good for his [Kamanga] curriculum vitae as a football administrator.”