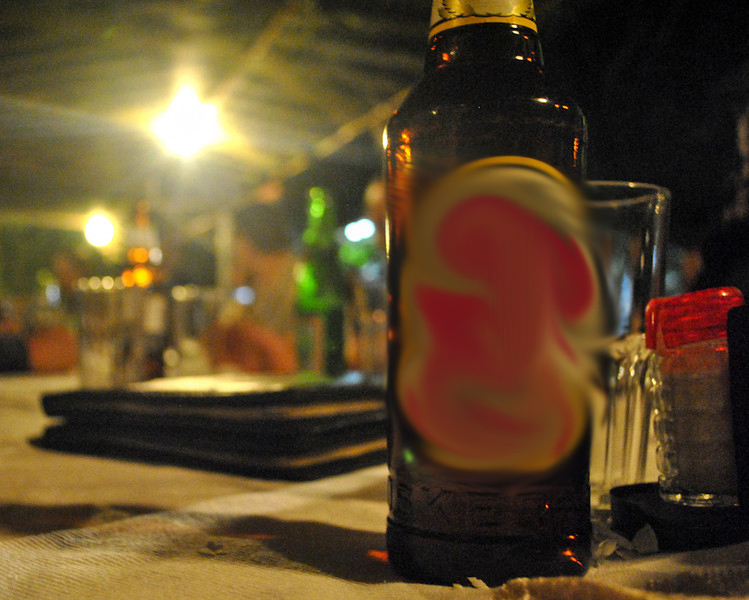 YOUR FAMILY MATTERS with PASTOR CHANDA
MARCH 27, 2015: I took a walk to a neighbourhood grocery store that closes late in order to buy some juice to drink at home. I was amazed at the number of cars parked outside beer drinking places with men (and a few women) chatting away while drinking beer.
The music was so loud that I wondered how they were able to sustain conversations. Yet, there they were, chatting away. It did not look like they were about to go home any time soon. This was not at a single beer-drinking place. I found quite a number along the way.
A few men walked past me, staggering home, after spending the evening making themselves senseless. Money is so hard to come by these days. Yet, these men still guzzle it away every evening as if they pick up money like stones from the ground.
I looked at all this, and it left me with a lot of questions. When do these men find time to be with their wives at home? A wife is not a glorified maid to do your laundry, cooking and other household chores, plus a bonus of satisfying you sexually at midnight.
A wife is primarily a companion. Her greatest need is to be with her husband in warm and affectionate conversation at home. But how does she get that companionship from a man who either comes home when it is already bedtime or when he is senseless?
Television is not an adequate replacement for a fellow human being. A mother cannot spend all her evening hours with her children who, in fact, must go to bed early in order to get enough rest. She needs to have a sober husband with her to unwind into the night.
A home is also a growing institution. Husbands and wives need to discuss issues arising on a daily basis. They also need to plan for success and progress together. How can a wife do this with a husband who comes home late or when he is totally senseless?
Also, when do these men find time to be with their children at home? Children are not pets that do their own thing and then crawl off to bed after supper. Kids need an authoritative father figure in the home as much as an effeminate mother figure.
A man must be home early enough from work to help with childrenâ€™s homework, to curtail wrong behaviours before they become deeply ingrained, and to engage in conversation with the children so that they develop right thinking habits by his example.
A man also needs to bond with his children so that he becomes their best friend. As they go through their teenage years, they will be hearing a lot of wrong stuff from friends at school. He needs to be their sounding board so that he gets wrong notions out of their minds.
A man who comes home drunk every evening, and at bedtime for that matter, will not fulfil these roles. The children grow up without his input. Then the father is surprised when the police arrest them for criminal behaviour. He was breeding villains under his roof!
What is worse is that prostitutes often waylay men at these bars and taverns. As I walked past these beer-drinking places, I could see them, scantily dressed waiting to be picked up for a few minutes of sexual pleasure at a fee. Drunken men fall prey to these women.
Sadly, this has been the avenue that has brought AIDS into many homes. The wives at home are oblivious to the fact that local prostitutes have infected their husbands until they go for antenatal reviews. That is where they are told they have a sexually transmitted infection.
Upon pressing their husbands long enough, the confession finally comes out: â€œOne night, while drunk, I went in with a prostitute.â€ Sadly, those words are often too little too late. This starts the downward spiral until deaths begin visiting the home.
These are the hard facts. This spate of evening beer drinking is destroying families. I simply have to follow these men to their homes and I will find wives that are bitter and disillusioned. I will also find children that wish they can trade in their fathers. It is very sad.
For counsel or comment write to: reverendchanda@yahoo.com
Or call or send a text to 0974250084