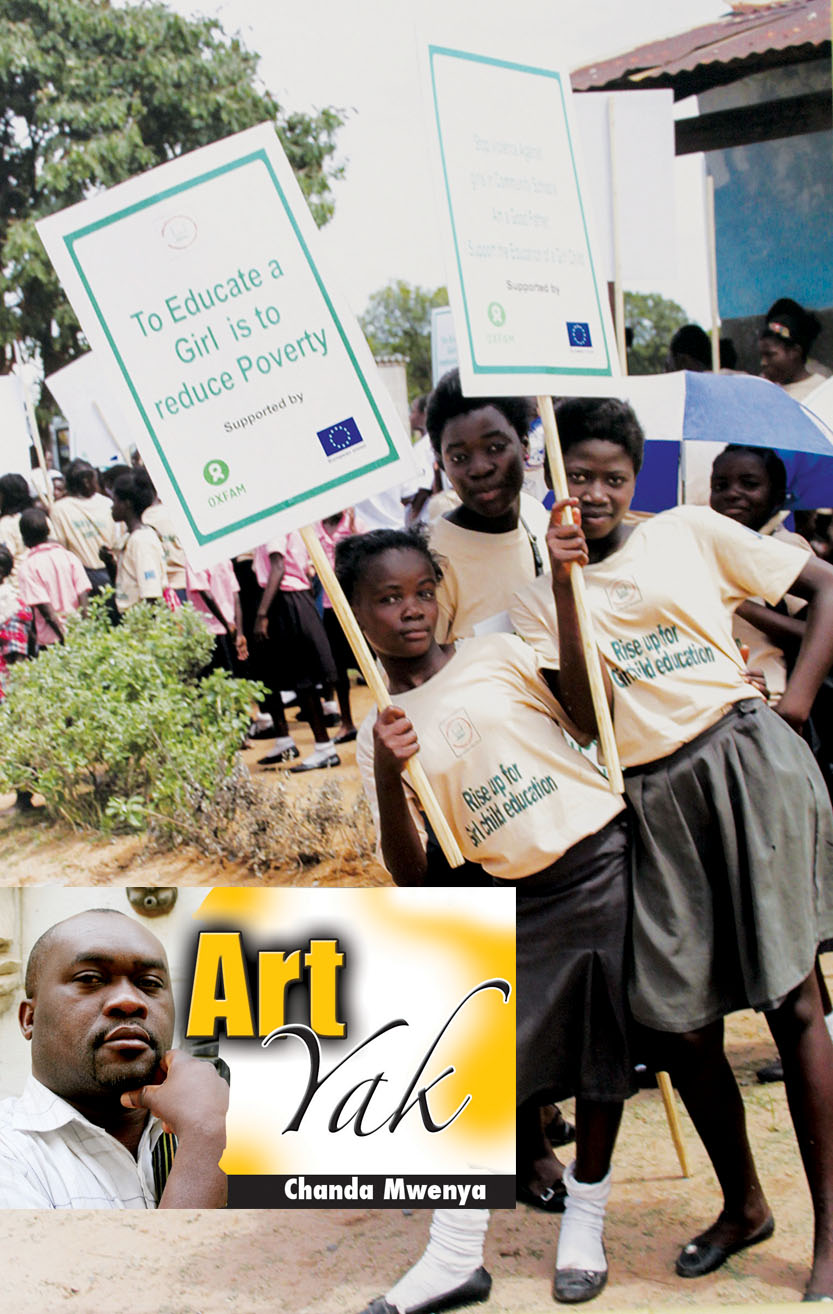 Art Yak with CHANDA MWENYA
IF IT were a written report, it would fill up many pages and required a great deal of time for someone to read it.
But, the European Union (EU) creatively showcased its support to various developmental projects aimed at alleviating poverty in Zambia through a photographic exhibition.
The Roy Kausa curated one-week photo exhibition also had an interesting interface of cartoons among the 80 photographs.
Some 17 cartoons, themed around Millennium Development Goals and done by renowned artists from across the world, blended well with scenes from urban and rural Zambia.
The photographs highlighted various social and economic projects ranging from human rights promotion schemes to large-scale projects such as the Sir Otto Beitâ€™s designed suspension bridge over the Zambezi River in Chirundu.
Other photographs highlighted EU support in the area of governance, agriculture, water and sanitation.
In one photograph, two boys are seen playfully carrying empty plastic containers in search of water. It is a seemingly innocent photo, but addresses one of the fundamental human rights – access to clean and safe drinking water.
In another photograph, school-girls are seen flushing placards. One placard reads, â€œTo educate a girl child is to reduce povertyâ€, and this particularly captured my attention.
Obviously, the artwork depicts affirmative effort by citizens to promote girl-child education. Generally, Government has made positive strides in promoting girl-child education.
But it was a photograph showing a man passionately kissing an infant that I found most appealing, and it somewhat showed a humanitarian face to the EUâ€™s support towards poverty alleviation.
And speaking at this photographic exhibition, EU head of delegation Alessandro Mariani said the show offered them an opportunity to showcase what they have been doing in terms of development aid.
â€œOn many occasions, a photograph can capture and say, in a more immediate way, the essence of what we have been doing and help us in communicating it to a wider audience,â€Â  Mr Mariani said.
The EU country boss said the exhibition demonstrates his organisationâ€™s commitment to ensuring Zambia meets Sustainable Development Goals.
And exhibition curator Kausa said the show was an ideal platform for the EU to showcase its various projects to the public.
â€œI, therefore, appeal to Government ministries to emulate the EU and organise similar exhibitions to highlight their endeavours,â€ Kausa said.

Tagsaid European Union through the lens