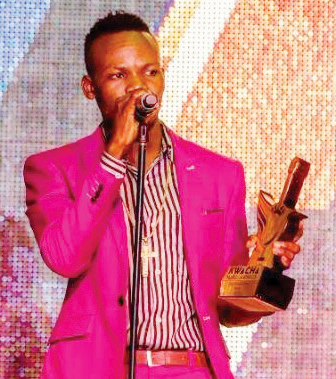 Gospel Grooves with FELIX NYAMBE
THE Francis Event “Arise Worship Concert” slated for the University of Zambia (UNZA) Chapel, where some youthful Christian artistes have been billed to perform, is definitely on.

Set for March 24, a few weeks after the youths celebrate Youth Day on March 12, the concert’s main purpose is to help people have a clear understanding about worshipping God in spirit and truth.
“We would like to take this opportunity to launch our brand and company known as Francis Events, which was established by a Christian youth evangelist,” says Francis Events leader Francis Chitambo
“The vision of the Francis Event is to create employment and bring tens of thousands of people to the saving knowledge of our lord Jesus Christ while adding value to the growth of our nation.”
And in order to achieve this, Chitambo, also known as Francis D Unique, says he has decided to bring together a group of performing artistes whose music has been trending in the hearts of the people lately.
Most notable is Nikhutamandani singer Nyuma (Norah Harawa), one of the revelations of producer Manasseh (formerly MKV)’s Umojah Productions Incorporated label and Esther Chungu.
Nyuma is a 35-year-old inspiring gospel songbird whose music has been given some spiritual uplifting by the likes of Cece Winans, Nicole C. Mullen and the duo of Mary Mary.
And as she treks to the UNZA Chapel, Nyuma says her aim is to take her ministry to the youths who she says have so much potential to be vibrant leaders.
Esther, whose songs Jehovah, Paka Paka and Twamyansa, from her debut album Mubanqa, were unveiled on her birthday on December 2, will also be in attendance.
Reuben Kabwe, arguably one of the most happening youthful gospel ministers, is undeniably one of the acts to watch at the event which will start at 18:00 hours and end at 21:00 hours.
His songs among them Kale and Inembu Shesu will surely be enjoyed by the audience.
The Blast Youth Band led by Elizabeth Mwanza, should also unleash their most revered songs such as At the Centre of It All, Mweba Mushilo and Awesome God.
With other members, among them, the leading vocalists Mukuwa Mambwe, Luyando Makondo and Chansa Njovu, instrumentalists Dalitso Chikoya (lead keyboard/guitar), his brother Chifunilo (lead drums) and Chilufya (keyboard), are all fired-up for the event.
Fmmusik201730@yahoo.com, 0979360993/0964873656

Who’s coming for Day of Thunder?
Two for Kings Malembe