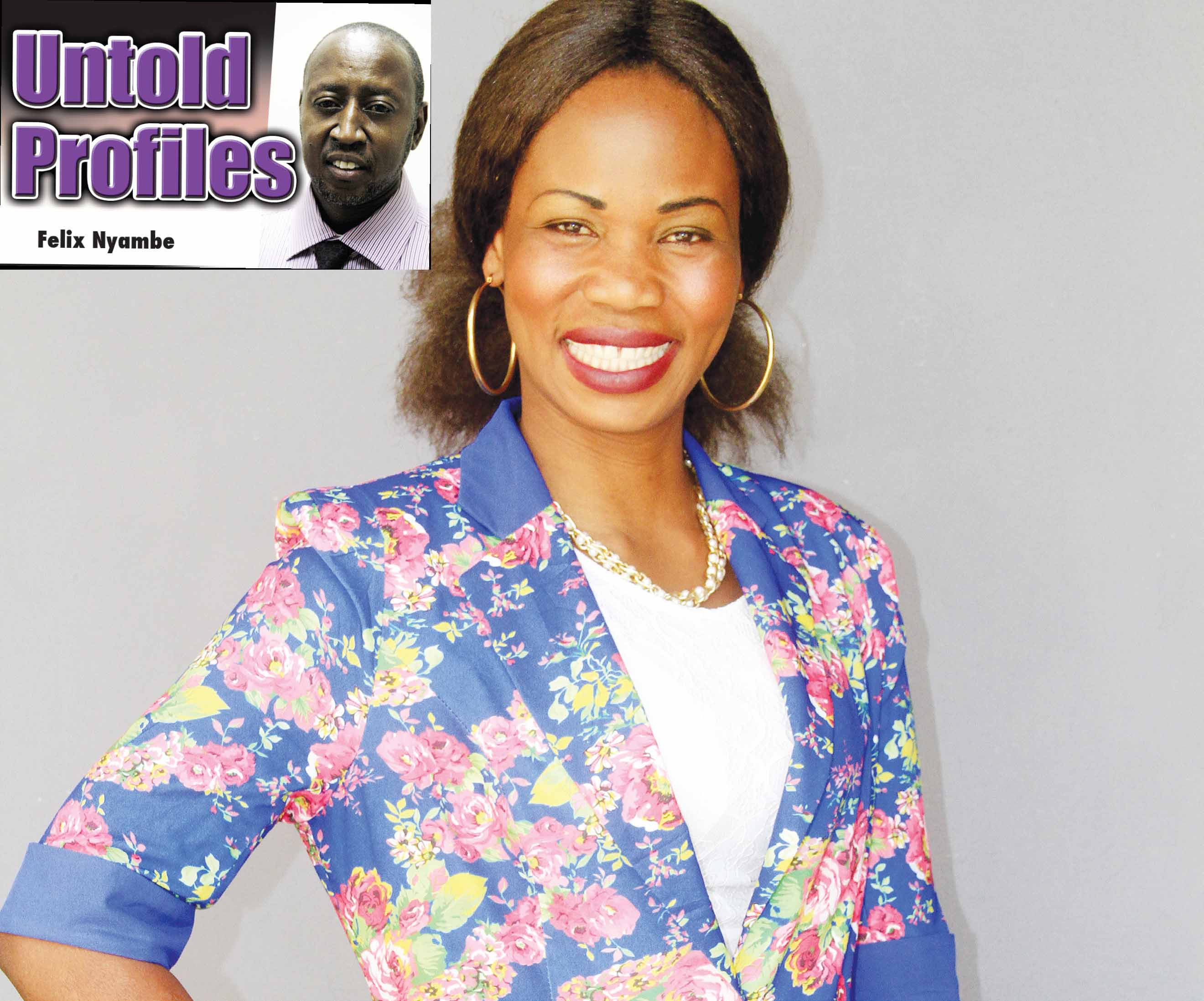 untold profile with Felix Nyambe
WELL, if you thought the rich music from the Mambwe/Lungu tribe of Muchinga Province went with the death of Ackim Simukonda and the animated James Siame, then you ought to think again.
Ever heard of Esther Namunga?
Originally from Mbala, an area boasting of some untapped tourism potential in the northern tourism circuit, Esther has been one of the trendsetters of that rich music from up north which is usually spiced with the unique dance called Isimbi.
But like many girls growing up in the rural set-up, Esther, who attended her secondary school at Mwinilunga High School where she completed in 1998, she had little music exposure.
However, when school homework did not keep her busy, she did participate in some variety shows and miming antics.
â€œI used to mime to the music of those early R&B singers such as Boyz II Men, Mariah Carey and Whitney Houston,â€ says Esther, who was born in the 80s.
Esther was in love with the social commentary music of the likes of PK Chishala and Paul Ngozi and was also a keen follower of celebrated South African musicians Brenda Fassie and Miriam Makeba.
â€œI guess the music of Miriam Makeba and Brenda Fassie, as well as our own Jane Osborne and Anna Mwale, was quite intriguing,â€ says Esther, who is married to Nathan Mwanza.
After her high school, Esther took a course in catering and designing at Cheshire Homes in Lusakaâ€™s Chawama before landing herself a job as a cashier at the defunct Green Apple on Cairo road. However, she quit the job after a few years.
Esther also attended classes in computer sciences at Cheshire Homes, yet she was still passionate about music.
â€œI recorded my very first traditional album Intambi Zitu in 2011 under the watchful eye of producer Jeremiah â€˜The Excellenceâ€™ Banda,â€ says Esther, who comes from a family of two.
Predominantly exposing and promoting the rich Mambwe/Lungu tradition and culture, Estherâ€™s songs Pabwinga, the gender-based violence-inspired Namayo Alila, We Mwana Wandi, Chitongo and the Biblical translation of Ichipingo, all made the CD.
â€œIt was a mixture of social commentary, marriage/ relationships, tradition as well as Bible tenets which I have always been part of since being baptized at the United Church of Zambia (UCZ),â€ she says.
Being a member of the â€œOne Voiceâ€ competition award-winning UCZâ€™s Busokololo Choir, Esther went ahead to start work on her second album despite the debut project not receiving much attention.
The Tribute to James Siame, that unsung Mambwe/ Lungu singer who died last year, arrived this year and brought some freshness in the vibrant Estherâ€™s career. It was recorded at Moses Maundaâ€™s Major Chords studio.
Siame is renowned for hits like Nyina Kataila and Mpanga Ya Mambwe.
Esther is not ashamed to be associated with her home town of Mbala, going by her song Kumwitu.
â€œThere is a lot of natural resources out there (Mbala), including some promising artistic talents which often go unnoticed,â€ says a Esther, a secretary with the Mambwe/Lungu Cultural Association.
With songs such as the Biblical-inspired Tuli Yaili Na Yesu, Ntnage Nilile, Tuli Ninsansa and the solemn Tumulile (another tribute to Siame), Esther is simply on song.
Green Labels band members Jeremiah and Caleb did some excellent work on the album which was produced by Jeremiah himself and Maunda.
With videos of her second album done, Esther is currently working with songstress Angela Nyirenda.
â€œI have a soft spot for the likes of Sista D, Lily T as well as Angela (Nyirenda) and that is the only reason I worked with the Sakala Brothers Art Centre for my new single â€“ Umutende,â€ she says.
Esther, who is managed by the Mambwe/Lungu Cultural Association, bemoans the lack of corporate sponsorship, the few local awards on offer and what she says is marginalisation of female artists resulting in many of them giving up on their careers.
fmmusik@yahoo.co.uk, 0979360993/0964873656.