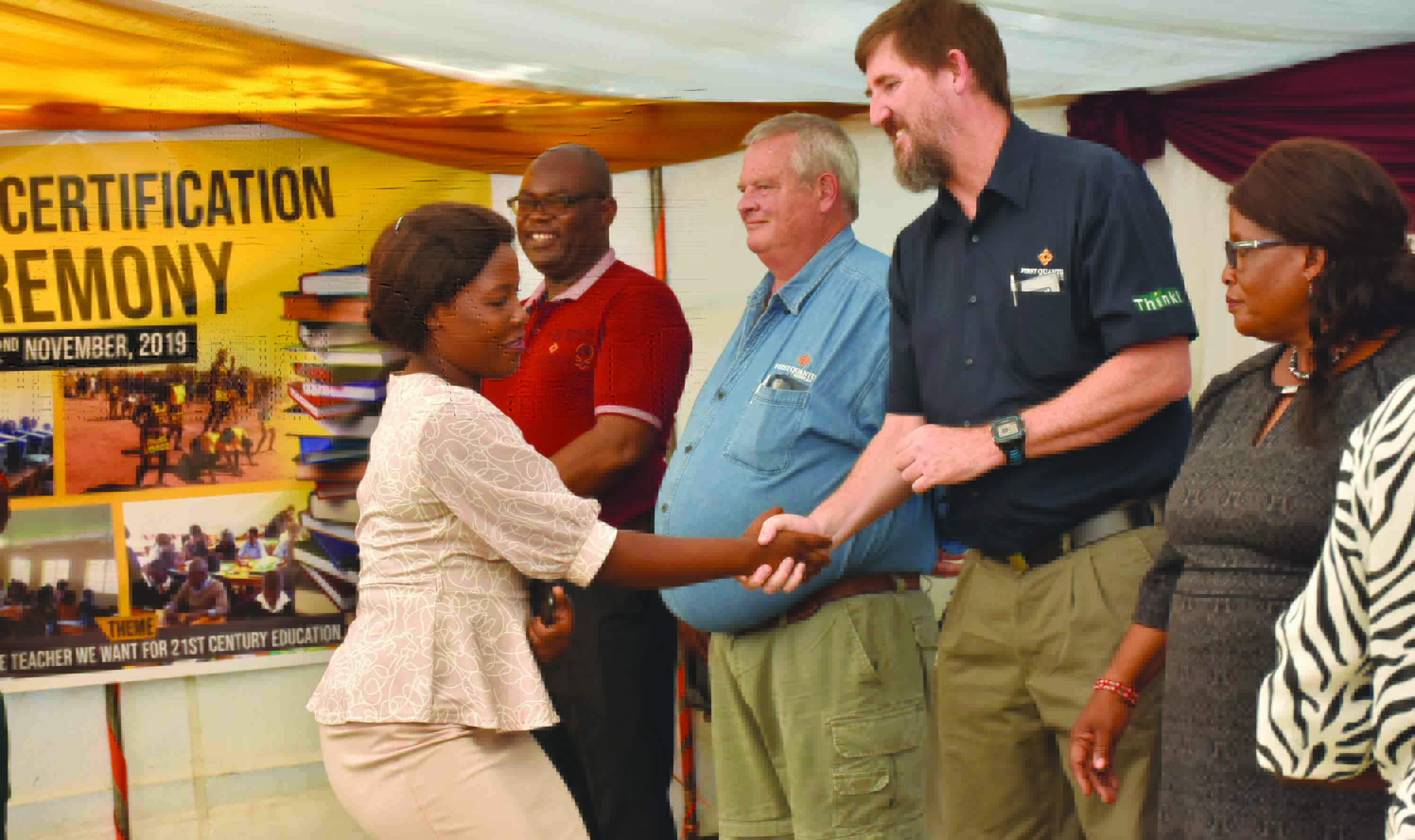 KANSANSHI Mine manager Clayton Reeves congratulating one of the graduating teachers in Solwezi as North-Western provincial education officer Mebelo Nyambe (right) looks on.

JOHN CHOLA, Solwezi
EXPERTS are on record of citing high deficiency in school space availability in North-Western Province as being critical; thereby compelling many learners to either endure long distances to access classes or drop out of school altogether.
The region is also known for producing average examination results.
However, the provincial education authorities have now waged war against poor results by learners.

On one hand, in the last 10 years, North-Western Province has for the first time in the country’s history continued to receive an unprecedented share of foreign direct investment across the sectors as spurred by the arrival of world-class mining investors like Canadian-based Zambian-born mining and metals company, First Quantum Minerals (FQM).
The presence of FQM in North-Western Province is being felt by not only Government through tax contributions to the national treasury, but also the transformation of the education sector.
FQM has taken interest in helping Zambia address the many challenges North-Western Province faces, particularly in the education sector which the mining firm prioritises.
Through its Solwezi-based Kansanshi Mining Plc, FQM has worked closely with Government as a proud partner in transforming the education system and making it responsive to the needs of the 21st century CLICK TO READ MORE

Creating a strategic plan for your life