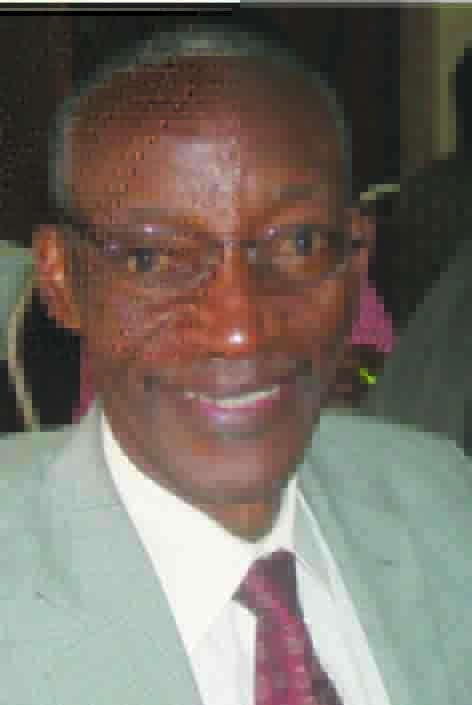 Analysis: MAXWELL SICHULA
I HAVE stated it before on this communication platform, and I will state it again. Our biggest challenge as a country, now and in the years to come, is unemployment.
How do we create enough jobs to absorb the thousands of young people coming out of our expanding education system? With a youthful population estimated at 63 percent of the total national population and growing at a relatively fast rate, partly due to improved health facilities, and the problem of teenage marriages and pregnancies, especially in the rural areas, the country has a monumental task on its hands.
What is the answer?
We are all in agreement that agriculture, if well developed, has the potential to absorb many of our people in productive employment.
I also think we are now all in agreement that the promotion of entrepreneurship and effective development of micro, small and medium enterprises (MSMEs) has the potential to create thousands of jobs.
I don’t know enough about agriculture, so I will not talk about it. But on entrepreneurship and MSMEs, my 10 years with the USAID-sponsored human development project, as chief of party (chief executive officer), and another 10 years with the Zambia Chamber of Small and Medium Business Associations (ZCSMBA) as CEO have convinced me that to get MSMEs in Zambia to grow to a level where they can begin to significantly contribute to job creation and to the growth of our GDP, as is the case in most developed economies such as Germany and Japan, to name a few, and nearer home Rwanda and Mauritius, the country needs to put in place a structure that ensures all players in the sector, and I mean all, without exception, dance to the same tune, so to say.
At the moment this is not the case. Well-intended programmes and activities in the sector tend to operate in isolation.
There is a serious lack of synergy and coordination between them. This state of affairs has deprived the effectiveness of the sector to realise its full potential.
In my view, part of the answer to garner the kind of synergy and coordination among all players in the sector which will propel this sector to another level, is the urgent need to create a fully-fledged Ministry of Entrepreneurship and MSME Development with qualified staff and an annual budget sufficient to carry out its mandate.
Such a ministry would be responsible, among other things, for formulating and executing a policy to guide all players, including some donor-funded programmes and activities in the sector which tend to operate in isolation, and the direction they should all follow in order to ensure the required synergy and coordination of programmes and activities are attained. There will be need to eliminate duplication of effort as much as possible, and set objectives and benchmarks and monitor performance.
The ministry would also be in a strong position to negotiate and lobby for incentives and exemptions from some laws and regulations that apply to big business.
MSMEs are found in all sectors of the economy: agriculture, manufacturing, mining, services, forestry, tourism, etc. Imagine if 5,000 MSMEs were adequately mentored and equipped, such that each one is able to employ only seven people, that translates into 35,000 jobs, which is more than what KCM employs
Anyone discussing entrepreneurship and MSMEs in Zambia would be amiss not to recognise the good work that Citizens Economic Empowerment Commission (CEEC) is doing in this area.
For example, the industrial yards CEEC is constructing throughout the country to provide operating premises for MSMEs is highly commendable and will go a long way towards growing the sector.
Interestingly, CEEC has just signed a memorandum of understanding (MoU) with TEVETA aimed at the two big players in this sector joining forces in order to work together (Zambia Daily Mail, Monday, April 15, 2019).
This is good news and goes to support my point of the need for players in the sector not to be operating in isolation, but to join forces and begin to move in the same direction.
The only reservation I have in this case is that CEEC reports to the Ministry of Commerce, Trade and Industry whereas TEVETA reports to the Ministry of Higher Education. It is my view that their well-intended marriage would have been more effective if they both fell under one roof, the Ministry of Entrepreneurship and MSME Development.
The author is former Zambia Chamber of Small and Medium Business Associations executive secretary.