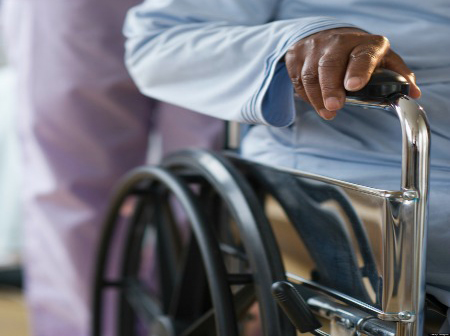 GODFREY CHITALU
MORE than one billion people in the world today live with some form of disability; that is one in seven of all of us. Almost everyone alive on the planet will, in his or her life, experience temporary or permanent disability of one form or another.
Before I progress however, itâ€™s important to realise that the term disability is misleading. Human beings can become impaired through physical, mental or sensory limitations; but that does not become a disability until that impairment stops them from participating in community life.
The term is also used (wrongly) as a broad catch-all for a diverse group of people, and used with the conviction by which we categories gender. We say (usually) with some certainty that a given person is male or female.
Unfortunately, we are also just as quick to categorise an individual as disabled or not.
By doing this, we oversimplify and perhaps trivialise the fact that disability â€“ rather than being something looked upon as a â€˜conditionâ€™, is really a phenomenon that occurs at a complex intersection between our humanity, policy, society, culture and the environment.
The complexity of the topic combined with significant political and social blindness towards it, has led to disability becoming one of the most significant un-addressedÂ Â  Â issuesÂ Â  Â of modern times.
The Universal Declaration of Human Rights, signed on December 10, 1948 supposedly expressed the baseline level of rights to which all human beings are entitled.
For many groups who were marginalised, even this was not enough to defend them.
Specific conventions defending against discrimination on the basis of race, gender and youth were adopted in 1969, 1979 and 1989 respectively.
It was not until the 21st century, however, in 2006, where the United Nations formally agreed on the Convention on the Rights of Persons with Disabilities, aimed â€œto promote, protect and ensure the full and equal enjoyment of all human rights and fundamental freedoms by all persons with disabilities, and to promote respect for their inherent dignityâ€.
The word disability is the embodiment of pure negativity and when it is used as a catch-all such as â€˜the disabled,â€™ it is even worse.
Everyone is an individual, and those individual personalities should shine through, not the labels.
Ask a person who is getting older and may have a visual, hearing or mobility impairment if they are disabled?
They will throw that title off vehemently! They view disability as being a community they do not belong to.
When we talk of disability, we are referring to over one billion people; 80 percent of whom are in the South, the poorer countries of the world.
Here we are in the 21st century, and we have practically nothing in place for them to protect their rights when it comes to accessibility, education, social-living and more.
We need to shift our mindset, and the world needs to catch up. The past cannot be wiped-away, but the future can be written.
We have to make a pledge that no building in the world will ever be constructed without considering access.
It does not cost a single penny extra, it is a design issue. The world, and our world leaders and opinion makers are yet to realise the full potential of universal design. We need to have a world with infrastructure, built environmentally and services that all of us whether old, young, tall, short, man, woman or otherwise can use with dignity and safety.
Unless there is political will, no change will happen. Most issues facing disabled people can be solved with the stroke of a pen, they do not even need resources. You need resources to correct the damage of the past, but I am writing, we should put that aside for the time being – all the buildings that are not accessible, let us put blinkers on – but why is it so difficult for any government to pass law that means that for the future – no public building will be constructed without accessibility. When you buy a new bus or new transport system why can it not be accessible.
The reason that some policy makers do not look at disability with the seriousness it deserves is because they do not see disabled people as a potential vote-bank. Historical failures mean that many disabled people are virtual prisoners inside their own homes.
If you go to an average country in the South, you just donâ€™t see that many disabled people.
Is it because they donâ€™t exist? Are there less disabled people in the South than the USA? My contention is that there are more! Because the disabled are not able to step out of their homes, because they have not been able to access education they are unemployed, because they are unemployed they are not empowered. And thatâ€™s 1:7 of all humanity that remains unseen, unheard and unaccounted.
The writer is a disability rights activist-E-mail caredisamedia@gmail.com