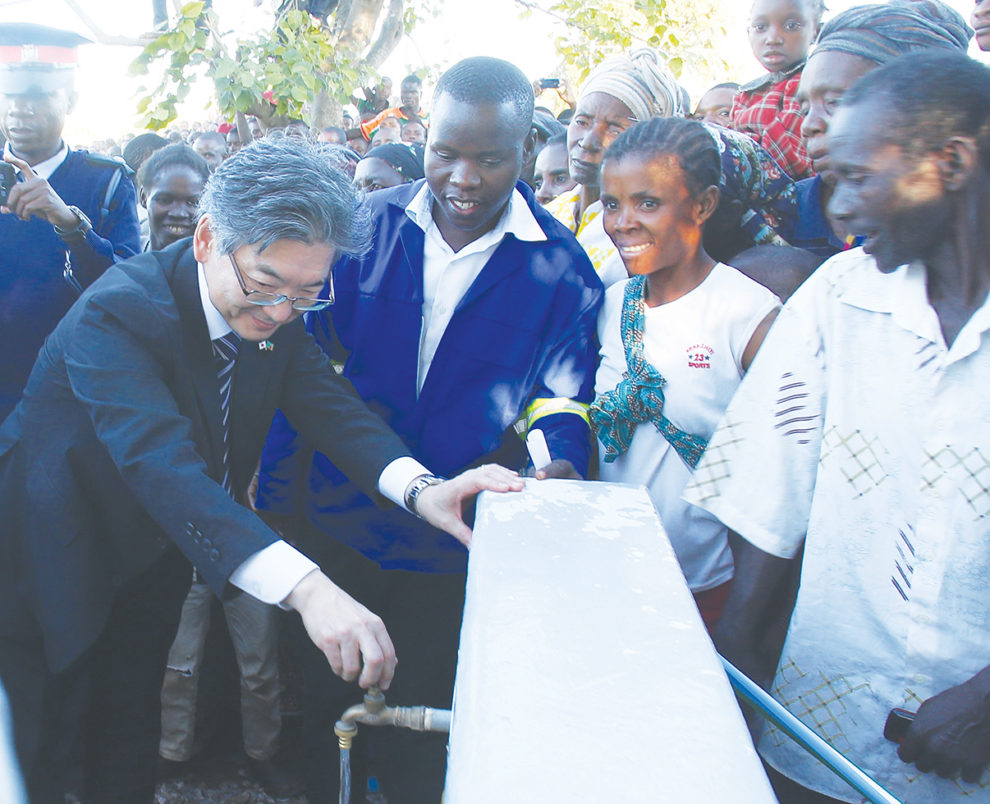 CHRISTINE CHIHAME, Mansa
PEOPLE in many parts of the country often struggle day and night to search for clean and safe drinking water. Consequently, they suffer the indignity of not having proper

sanitation services.
Luapula is no exception. Despite being home to great water resources such as Lake Bangweulu, Lake Mweru, Lake Mweru Wantipa and the mighty Luapula River, access to clean water is a preserve of the privileged few.
The province enjoys good rainfall, and the abundance of waterfalls and wetlands in this great lakes region is indicative of abundant water resources in the area.
The waterfalls in Luapula are eight in number, namely Lumangwe (second largest after Victoria Falls), Ntumbachushi, Kabwelume, Mumbotuta, Chilongo, Chimpempe, Kundabwika and Mumbuluma.
However, access to clean and safe drinking water is erratic in a land of plenty water resources.
Women and children walk long distances to fetch water for household use. Those who can afford have got their own boreholes which they depend on for domestic use.
Today, residents of Mansa, Chipili, Nchelenge, Milenge, Chembe and Mwense in Luapula Province have renewed hope of having clean, safe and affordable drinking water in their vicinities.
Taking advantage of a rich water-table in Luapula, Government has embarked on a project of sinking boreholes to end water blues in the great lakes region.
This will be made possible by Japanese government funding to the tune of K55.3 million towards the construction of groundwater infrastructure that will improve water supply in the six districts.
On May 24 this year, Government commissioned the multi-million Kwacha underground water development project in Mwense’s Kapala village with an assurance of its commitment to improving access to adequate, clean and safe water.
Access to water and sanitation facilities are known to promote public health, thus contributing to the well-being of a country.
As an old maxim goes, ‘water is life’, residents of the six districts of Luapula are happy that accessibility to clean and safe drinking water, which has been a challenge for a long time, will now become a thing of the past.
Margaret Bwalya of Mwense said since time immemorial, access to clean and safe drinking water has been a challenge in their area.
She said she used to walk about 10 kilometres in search of clean drinking water and this has had a negative effect on the quality of life for women and young girls in the district.
This affected productivity in the community owing to the many hours people spent on fetching water, whereas school girls had less time to attend to their schoolwork.
“We used to wake up as early as 04:00 hours to go to the stream to fetch water for household chores like cooking, washing and drinking. Most of the time, this water was contaminated and this resulted in diseases like diarrhoea and vomiting breaking out.
“I’m happy that JICA (Japanese International Corporation Agency), working with the Patriotic Front government, has come to our rescue. We hope that the waterborne diseases we’ve been suffering from will now be a thing of the past,” Ms Bwalya said.
She said having running water close to people’s doorsteps in Mwense is like a dream come true.
Minister of Water Development, Sanitation and Environmental Protection Lloyd Kaziya said the project will benefit over 82,000 people in six districts of Luapula.
Mr Kaziya said Government is hoping that improved water supply and sanitation in the region will improve public health and productivity as people get freed from the burden of looking for water.
“My Government, through the support of the Japanese International Corporation Agency, has released K55.3 million for the improvement of water supply services in six districts in Luapula Province,” Mr Kaziya said.
Mr Kaziya said Government has this year embarked on the construction of water infrastructure in Luapula, including 2,000 water points which will come with boreholes and water hand-pumps.
He said Government will also rehabilitate 1,000 dysfunctional water points in rural areas.
“These interventions will lead to increase in access to clean and safe drinking water supply from the current 51 to 55 percent, and access to sanitation from 44 to 47 percent in rural areas,” Mr Kaziya said.
He said Government appreciates that lack of clean and safe drinking water and sanitation facilities contributes to the acceleration of poverty. As such, improving water supply and sanitation services is high on its agenda.
The minister also said the installation of water lines and drilling of boreholes in Kashiba and Lukwesa with Mwense are underway and will benefit over 24,000 people.
He said the projects will be completed before the end of this year in a quest to reduce the distances that women and children cover in search of water.
And Japanese Ambassador to Zambia Hidenobu Sobashima said it is sad that young children and women have to walk long distances to find clean water.
“JICA will continue to work hand in hand with the Zambian government to ensure that citizens access safe water and sanitation,” he said.
Mr Sobashima said lack of access to these services contributes to the acceleration of poverty, and as such, JICA will continue to supplement Government’s efforts of providing safe water and sanitation. 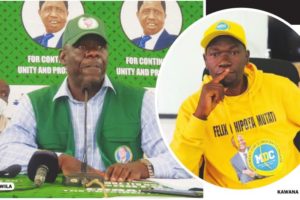 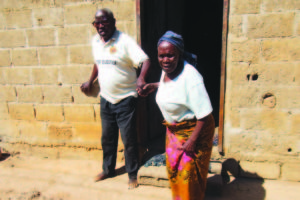