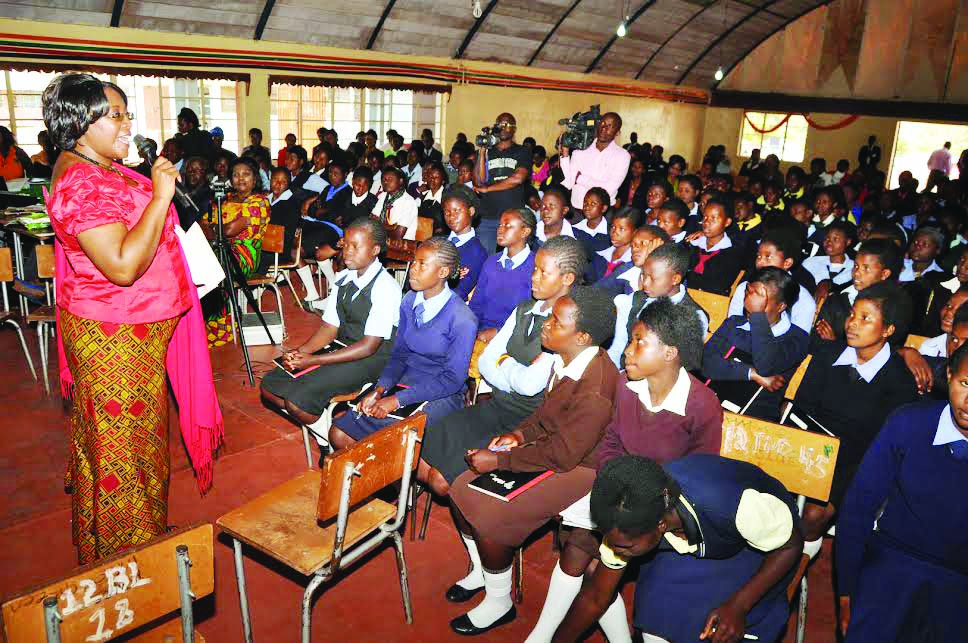 CHAMBO NGâ€™UNI, Kabwe
PARENTS should prioritise the education of the girl child to secure their future and fight the cycle of poverty, says Central Province permanent secretary Edwidge Mutale.
And, Ms Mutale has urged teenagers to abstain from illicit sex but concentrate on their education.
Ms Mutale says parents have a responsibility of ensuring that when girls fell pregnant at school after delivering they continue their education.
â€œParents should take on the responsibility of looking after the babies (of their daughters) because the benefit of sending the girls to school far outweighs keeping them at home to look after their fellow children,â€ Ms Mutale said.
Ms Mutale said in an interview that Government introduced the re-entry policy after realising that when female pupils become pregnant that was the end of their education.
As a result of dropping out school, Ms Mutale said, some girls were subjected to poverty and their future was shattered.
She said it is important that all girls who fell pregnant after giving birth they returned to school to continue their education.
She urged girls who fell pregnant not to give up thinking that their world has come to an end when they can take advantage of the re-entry policy.
â€œThe girl is the one who bears the child and, this is why government ordered to give them a second chance so long they found someone to look after their child they should go back to school and continue their education,â€ she said.
Meanwhile, Ms Mutale says abusing alcohol and drugs and, watching of pornographic moves are among factors that driver teenagers to indulge in illicit sex.
â€œTeenagers should know that the result of having unprotected sex is pregnancy,â€ Ms Mutale said. â€œThey should keep away from unprotected sex, alcohol abuse and they should not be influenced by negative things they watch on television.â€
She urged teenagers to wait when they are old enough if they want to drink beer so will be able account for their actions.
â€œItâ€™s important that they understand that the right time for them to have sex will come. They should learn to be patient and wait until the right time has come and this is after they have finished their education,â€ Ms Mutale said.