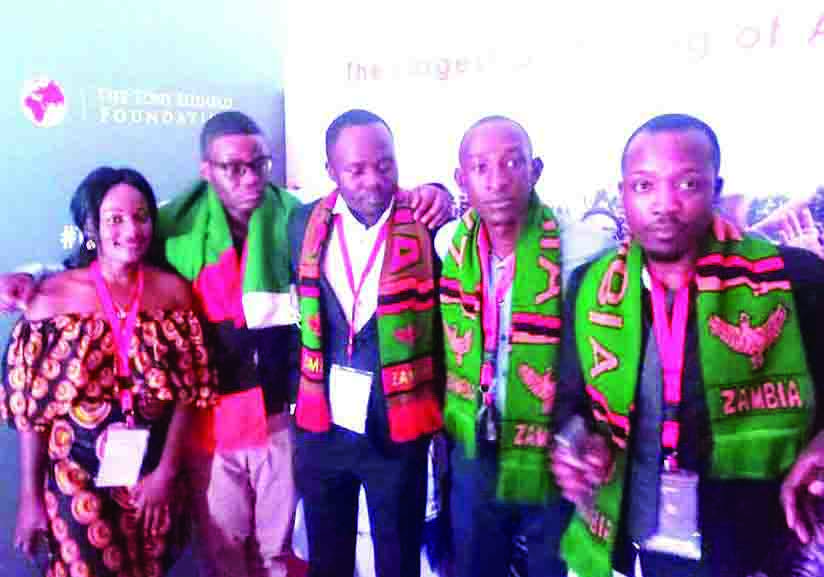 KALONDE NYATI, Lusaka
UNLIKE years back when youths were looking to be employed upon completing tertiary education, today majority are pursuing the entrepreneurship route.
They want to create jobs and contribute to the economic transformation of their countries.
However, despite the zeal exhibited by the young entrepreneurs, their quest to become successful is marred by several obstacles, with lack of capital and proper business plans topping the list.
It is against this background that African philanthropist and entrepreneur Tony Elumelu has set aside US$100 million under the Tony Elumelu Foundation (TEF) to help unlock the entrepreneurial potential among the millennials across the continent over a period of 10 years.
The goal is to invest in businesses that will generate at least one million new jobs and contribute about US$10 billion in new annual revenues across Africa.
From 2015 to date, a total of US$25 million has been disbursed to 4,460 entrepreneurs with each receiving US$5,000 worth of grants as well as online training and mentoring to equip them with skills that will enable them to operate their businesses viably.
One thousand entrepreneurs are selected every year under the highly-competitive programme, which has also attracted the attention of cooperating partners that sponsor an additional 250.
Mr Elumelu, who is also chairman of the United Bank for Africa (UBA) Group, which also operates in Zambia, says he wants to create a platform that will unlock Africa’s entrepreneurship potential and believes investing in youths is the starting point to achieving the goal of transforming the continent.
“Youth entrepreneurship is key in creating employment, eradication of poverty, wealth creation and combat extremism. The youth need support from both the private and public sectors.
“The foundation has in the last four years been seeking Africa’s entrepreneurs from all the 54 countries and giving them tools with which they can succeed.
“Training them to properly structure and run businesses, connecting them with mentors and providing seed capital,’’ he said.
In Zambia over 70 entrepreneurs from sectors, which include agri-business, farming, energy, financial services, education, haulage and information and communication technology (ICT), have benefited so far.
This year alone 25 benefited.
Indeed, the last four years have yielded results as demonstrated by the successful businesses some beneficiaries are running across the continent.
The programme has also given hope for new beneficiaries, who believe that with TEF arming them with business skills and seed capital, they are ready to transform their lives and contribute to the goal of creating jobs and most importantly, contributing to national and continental growth.
Michael Mpundu, a young entrepreneur who is one of the 25 beneficiaries this year, says his cassava value addition project is headed for exploits given the knowledge and capital he has acquired from TEF.
Mr Mpundu, who has established a company to process industrial starch and livestock feed from cassava in Chongwe, says knowledge about the business one is venturing in is important.
About 40 direct jobs will be created in the initial stage while indirect jobs will be created through out-grower schemes.
“As a Tony Elumelu trained entrepreneur, I have realised that most times, especially for startups, we think having capital makes our business tick but after the training I discovered that we need knowledge more than the money.
“The foundation not only gives you the seed capital but trains you in idea development, marketing, branding, team building, networking and partnerships,” he said.
Another beneficiary, Mwansa Mwansa, an agricultural economics student, has no intention of looking for a job but will instead create jobs.
The final year student is setting up a village chicken production and processing company, to take advantage of the growing demand for free range chickens because of the perceived health benefits.
Ms Mwansa plans to supply the chickens to supermarkets across the country.
“Village chickens found in markets are sold alive so my solution is a ‘gift of time’, in that it reduces the time spent in preparing chicken for meals.
“In addition, the company will be offering meat cutting services depending on customer requirements to provide the added value of portion selection, the consumer has the option to only buy the preferred portions,” she said.
The 12-week mentoring and training programme has motivated Ms Mwansa to run a large corporation one day.
“It is like a mini MBA [Masters in Business Administration], covering every area of business and entrepreneurship in the simplest and most comprehensive manner.
“The training has been the cherry on the icing and the seed capital funding the cream. My company is now a registered entity and is set to start operations in January 2019,” she said.
Ms Mwansa also advises other youths to consider applying for the programme.
The programme is open to all Africans with business ideas that can transform the continent.
Supporting her call for other up-coming entrepreneurs to take advantage of the programme is UBA Zambia managing director Emeka Dimanochie.
Mr Dimanochie encourages entrepreneurs to take advantage of the recently launched TEF-Connect, a digital platform for African entrepreneurs aimed at connecting entrepreneurs to capital, market and business tools.
The digital hub will convene the full entrepreneurial ecosystem across Africa and beyond, including entrepreneurs, investors and the business community on one platform.
With such initiatives, coupled with enthusiasm among entrepreneurs, the future of the continent is bullish and one can only hope that the millennials will truly change Africa’s narrative of being poverty-stricken to a continent fully maximising its potential.