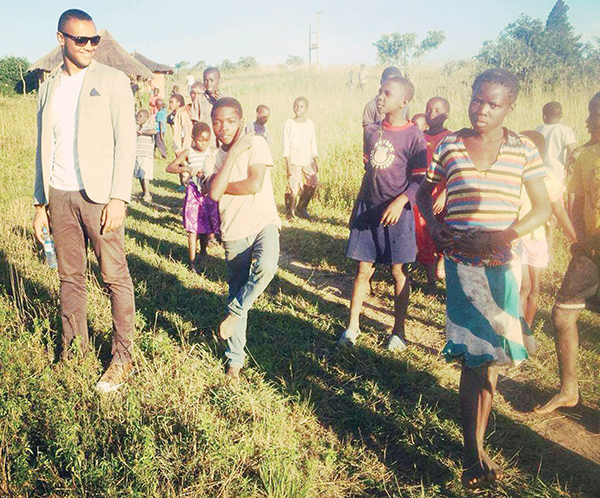 KELVIN KACHINGWE, Lusaka
ELEFTHERIOS Mukuka, Zambiaâ€™s pioneer of electronic dance music, has released a new music video for his song Getting There, filmed in the countryside and featuring gospel musician Abel Chungu.
Born in Lusaka from a Greek mother and Zambian father, Eleftherios has come further than any other electronic artiste in the country.
His debut single Heart, caused buzz worldwide and appeared on charts internationally.
Locally, it won him an award at the Zambia National Broadcasting Corporation (ZNBC) Born â€˜nâ€™ Bred awards.
Eleftheriosâ€™ music is upbeat vocal house music with heavy African influences, and Getting There is no exception with a strong vocal performance from Abel in an uplifting deep house production.
The video of Getting There, available on YouTube and offering views of the beautiful Zambian countryside, was directed by Kenny Mumba of Ground Zero, which was also behind the production of the video for Heart.
Getting There is out on the Swedish dance label Clubstream Pink, which is part of the Gothenburg-based record company Substream and is licensed to several labels worldwide.
The release is available on all major download networks including iTunes, Spotify and Beatport.
â€œThe song is an uplifting one, a metaphor for life, to say that even when things get tough, when challenges arise, persevere and carry onâ€¦ itâ€™s a long road on this journey, but weâ€™re getting there,â€ Eleftherios says of Getting There.
The song is one of the tracks on his debut album, named after his single Heart; the others are Yala a Bailar, Getting There, Dreaming, Feel Alright, Donâ€™t Leave, Nighthawk and remixes of Dreaming, Feel Alright and Yala a Bailar.
The album, which was recorded in Zambia, features the Mexican Lui Gari, the Jordanian Layth Sidiq, Kiki, his childhood friend Allan Thompson, guitarist David Andish, Russian musician Maksin Krythtin, British producer Adam Cooper and of course Abel.