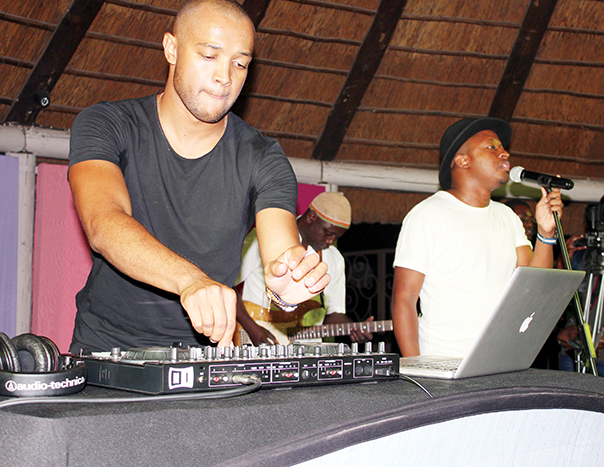 KELVIN KACHINGWE, Lusaka
INTERNATIONAL House music DJ and producer El Mukuka has been selected to perform at the three-day Jameson Victoria Falls at the Victoria Falls in Zimbabwe where every year tourists from all over the globe and Zimbos, as people of that country are called, descend upon it for a once-in-a-lifetime New Year celebration.
This is the second time El is performing at the Vic Falls Carnival whose line-up this year includes the likes of Goodluck, Locnville, The Kiffness and Sketchy Bongo, among others.
El is however the only Zambian performing there this year. Mampi has previously played there.
The Vic Falls Carnival, which started on Thursday and runs until tonight, is proud of is heritage.
â€œCombine Southern Africaâ€™s biggest artists, the worldâ€™s greatest adventures and activities, with a New Yearâ€™s countdown like nowhere else on earth and you have arrived at the Jameson Vic Falls Carnival,â€ reads a statement by the organisers.
â€œIn 1855 when David Livingstone decided to toast to the queen at the turn of the New Year the spirit of celebration was established in Zimbabwe. The first formal music festival in Vic Falls started in 2009 with Falls Fest, which continued until 2011 when it became the legendary Vic Falls Carnival! Now with Jameson on board, this unforgettable festival gets better every year.
â€œFor 2016 the Jameson Vic Falls Carnival schedule has been updated. The 29th of December will see Vic Falls come alive with a variety of community parties including a Beach Party at Shoestrings Lodge and more to be announced, the 30th sees the Train and Bush [where El was scheduled to perform] party return and the 31s of December welcomes an epic line-up of artists at the New Yearâ€™s concert.
â€œThis year the theme is unity and we want everyone to represent the country they are coming from by bringing flags, painting their faces in their national colours or wearing local shirts, as thousands of music lovers from all over the world unite under the African stars.â€
As someone who wants to popularise house music in the country, El, who confirmed his performance at the Vic Falls Carnival to the Weekend Mail in Lusaka on Thursday, will be proud to lift the Zambian flag high.

Team Yesu grows its base
Lowenthal Theatre treated to laughter