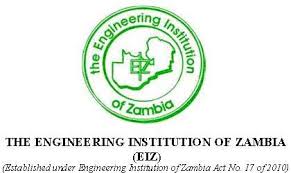 THERE is change of guard in the Engineering Institution of Zambia (EIZ) following the resignation of its president, Sydney Matamwandi, who has since been replaced by Eugene Hazele.
The engineering profession was on trial following Mr Matamwandi’s social media exchange with economist Hjoe Moono over the role of EIZ following the collapse of the load bearing members of Society House.
There was no need for Mr Matamwandi to engage in social media exchange, which went viral. This did not go down well with elders of EIZ.
Zambia is in the middle of a robust infrastructure development and engineers are the midwives in this regard.
That is why President Edgar Lungu has been urging the engineers to build the future ‘we want’ and achieve the Sustainable Development Goals (SDGs) with their full participation.
President Lungu has stated that Government stands ready to work closely with all the engineering professionals towards achieving the SDGs.
Mr Lungu has expressed disappointment with the execution of some projects such as the Kafue waterworks where there was misunderstanding between a contractor and clients as well as the Kenneth Kaunda International Airport where there was no provision for a sub-station.
This was attributed to inadequate scoping of projects, which tends to have an impact on cash flow.
President Lungu has also appealed to engineers to find ways of reducing the cost of doing roads in the country.
There is a feeling that Zambia may be paying more for roads compared to her neighbours and it is incumbent upon engineers to have a re-look at the cost structures so that there is value for money.
This is the challenge Mr Hazele has going forward as he assumes the reins of one of the most influential professional bodies.
EIZ has a strategic plan and Mr Hazele is expected to guide the process by accelerating the pace at which business is done.
While the members are the same, Mr Hazele has simply jumped into the driving seat of the bus which is in motion.
The policies are the same, what has just changed is the driver.
Mr Hazele has to hasten the engagement with the Road Development Agency, the Ministry of Energy and the Ministry of Housing and Infrastructure, the key players in the execution of infrastructure projects Government is currently undertaking.
EIZ should also take interest in the 20 percent sub-contracting policy by ensuring that major contractors are complying with this policy intended to empower small-scale contractors and create the much-needed jobs.
President Lungu’s desire is that local contractors should benefit from all the contracts as part of the skills and technological transfer.
Currently, there is resistance from some big contractors who are not keen on complying with the 20 percent sub-contracting policy.
Given the pace of infrastructure development taking place countrywide, EIZ should know that it will be criticised by curious citizens.
Like any other profession, EIZ members should be ready to engage members of the public to explain why some projects may not be going according to citizens’ expectations.
Society House, built at a huge cost, is one such project which is bound to be scrutinised by members of the public.
Beyond the execution of public and private infrastructure, there is need for EIZ to make all local engineers feel the need to be part of the club.
Some Zambians feel EIZ is not well organised to achieve any tangible and meaningful development.
As a result, some engineers have taken leave from the business of construction, including EIZ.
They feel that most of what is happening in this country is depressing. The change of guard at EIZ presents an opportunity to lift the spirits.