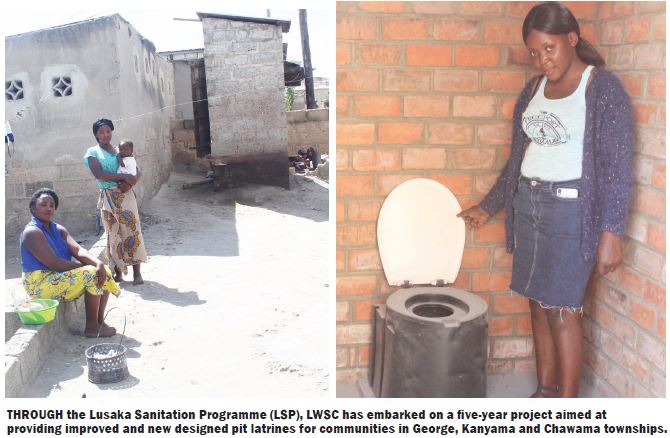 MWAPE MWENYA, Lusaka
GEORGE is one old township in Lusaka with poor sanitation facilities.
In January 2018, it was declared a cholera epicentre by the Ministry of Health when 16 cases were recorded in the township. It is nothing new to George township. The area experiences cholera re-occurrences.
“I have lived in this area for over 10 years and I can tell you that inadequate sanitation facilities and clean drinking water are the major challenges we have been facing,” says Marjory Banda, who sells fritters at George township market.
Marjory is among those who were affected by the ban on the sale and buying of ready-to-eat food products by the Ministry of Local Government in 2017.
Traders at George township market are concerned about the state of sanitation. http://epaper.daily-mail.co.zm/