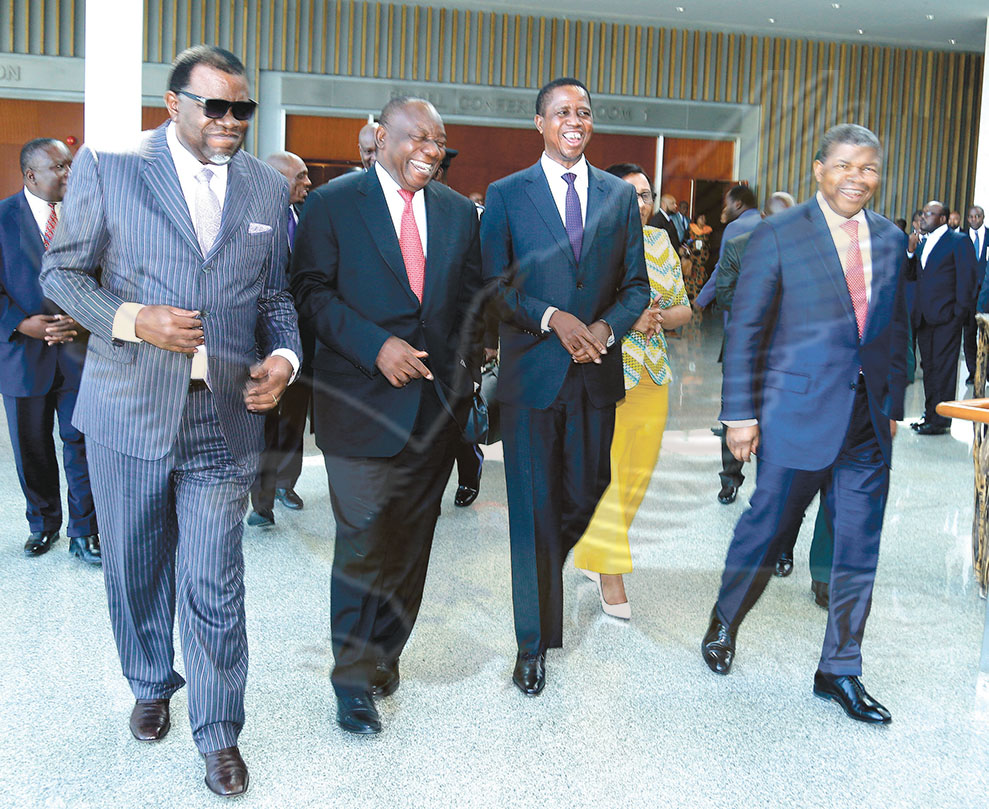 THE constitution of a special committee of heads of State and Government by the African Union (AU) to help resolve the post-electoral crisis in the Democratic Republic of Congo (DRC) is not only welcome but evidence that the continental body is committed to enhancing peace and democracy in Africa.
The committee, which will be headed by AU chairperson Paul Kagame and AU Commission chairperson Moussa Faki Mahamat, was constituted during the high-level consultative meeting of heads of state and government held in Addis Ababa on Thursday to discuss the political situation in DRC.
The committee is expected to visit DRC and interact with President Joseph Kabila and other stakeholders to reach a consensus on the way out of the post-electoral crisis in that country.
The AU committee is no doubt a necessary boost to the efforts rendered by the Southern African Development Community (SADC) and other regional bodies so far.
Prior to the elections, President Edgar Lungu, who is chairperson of the SADC Organ on Politics, Defence and Security Cooperation, was in South Africa for an urgent consultative meeting with his South African counterpart, Cyril Ramaphosa, on the electoral process in the DRC.
President Lungu had earlier appointed a 94-member SADC Observation Electoral Mission. The observers were drawn from Angola, Botswana, Mozambique, Namibia, South Africa, Tanzania, Zambia and Zimbabwe.
However, following the National Electoral Commission’s declaration of opposition candidate Felix Tshisekedi as winner of the presidential elections held on December 30, 2018, controversy ensued in the DRC with runner-up Martin Fayulu, who clearly led pre-election polls, filing in a fraud complaint with the Constitutional Court.
Commenting on the DRC situation, chairperson of the African Union Commission Moussa Faki Mahamat stated that the situation in the DRC requires “genuine national consensus based on respect for democratic principles and human rights, as well as the preservation and consolidation of peace”.
He also emphasised that “claims of inconsistencies with the verdict of the ballot box be pursued peacefully, through avenues provided by the existing national legal framework and political dialogue among all stakeholders”.
It is, therefore, hoped that the AU committee which has been constituted will not depart from the path of seeking genuine national consensus based on respect for democratic principles and human rights.
As rightly stated by the AU commission chairperson, it is important to ensure that whatever process is embarked on to resolve the impasse does not further compromise peace in the already troubled nation.
This is also the stance taken by SADC.
Even as stakeholders like the AU and SADC, among others, take interest in helping resolve the electoral impasse in the DRC, the ultimate solution lies on the Congolese willingness to put national interest first.
The major players in the DRC election should think of the ordinary citizens, who are the most affected in times of conflict.
The political leaders should put national interest first by ensuring that they do not create a situation that will lead to an excursion of refugees to the neighbouring countries, including Zambia.
They should uphold democracy by respecting the will the people expressed on December 30. Congolese cast their vote and their will should be respected.
Currently, Zambia is host to about 42,419 refugees from DRC of which 20,718 have sought asylum in the country since January 2017.
This certainly puts pressure on Zambia’s limited resources and economy.
As it is, Zambia is faced with numerous challenges such as high poverty and unemployment levels which need attention.
An influx of more refugees would only worsen the burden.
As the AU committee meets the DRC leaders, let it be laid bare that they operate in a global village and whatever happens in their country has an impact on the neighbouring countries and the continent as a whole.
It is hoped that with all efforts being put in by various stakeholders, DRC will emerge out of this predicament more united, stronger with enriched democratic credentials.
Let this election be a stepping stone that will usher the long-time troubled country into a new era of democracy and peace.