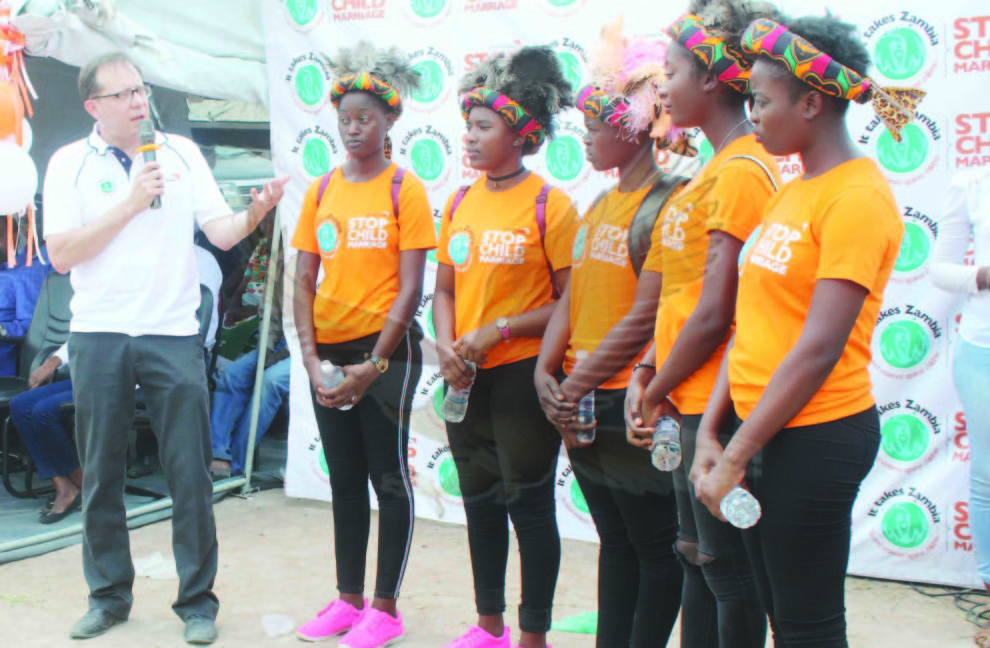 SHIKANDA KAWANGA, Kafue
MINISTER of Gender Elizabeth Phiri says education of the girl-child is critical to fighting child marriage and teenage pregnancies.
Ms Phiri said educated girls are powerful agents of socio-economic change in society.
She was speaking in a speech read by Ministry of Gender director for gender rights and protection Pumulo Mundale during the launch of ‘Ending child marriage’ campaign organised by World Vision.
Ms Phiri said there is need to protect girls from child marriages.
She said child marriages affect more girls than boys with 17 percent of girls aged between 15 and 19 married as compared to only one percent of boys in the same age-group.
“According to the 2013-14 Zambia Demographic and Health Survey, a percentage of 31.4 females were married before 18 as compared with 2.2 percent of males,” she said.
Ms Phiri said these marriages negatively affect children, whose quality of life is curtailed before acquiring an education, which would go a long way in realising their full potential.
And World Vision Zambia director John Hasse said child marriage is a global challenge.
Mr Hasse said 12 million children, mostly girls, will this year be married before they turn 18 years old.
He said 23 girls every minute and nearly one in every two seconds is married off.
“Children should not just be protected from violence but have safe and loving environments,” Mr Hasse said.
Mr Hasse said World Vision will ensure that it supplements Government’s efforts in ending child marriages.