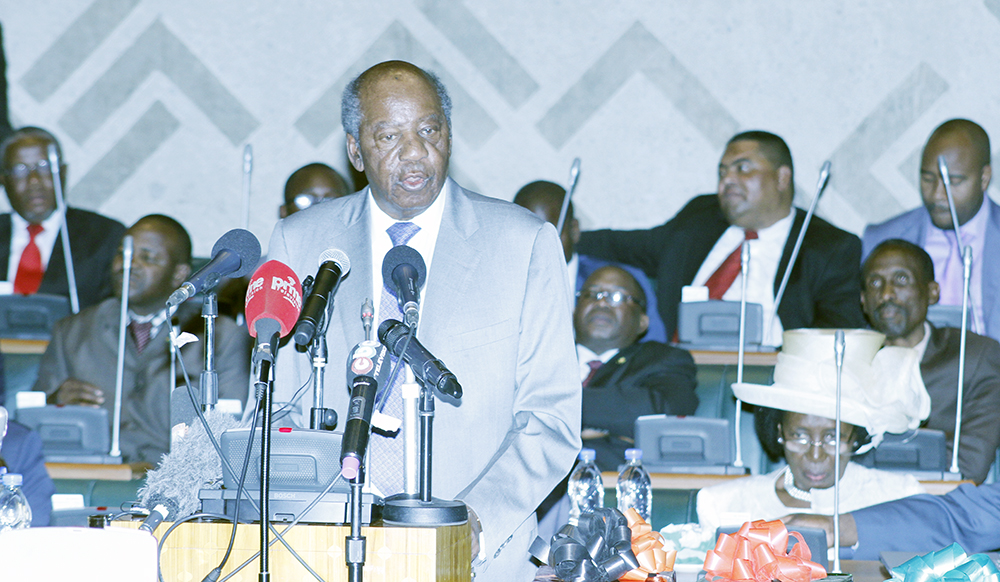 KELVIN CHONGO, Lusaka
MINISTER of Finance Alexander Chikwanda says the economy is intact and has allayed fears by some critics suggesting that it has collapsed.
Mr Chikwanda said massive infrastructure development taking place throughout the country is evidence that the economy is running well.
â€œYou can see traffic on Lusaka roads and other parts of the country.
â€œEveryday vehicles are entering the country and some people say the economy has collapsed.
â€œThese are not signs for an economy that has collapsed,â€ Mr Chikwanda said.
The minister said this on Zambia National Broadcasting Corporationâ€™s (ZNBC) Sunday interview programme.
Mr Chikwanda said the economy is intact despite external shocks that the country has experienced
He also said there is a lot of activity in the informal sector and that the economy is strong and will not collapse.
And Mr Chikwanda said the 2016 national budget was not easy to put together because of conflicts between available resources and required expenditure.
â€œThe economy of Zambia is undergoing severe difficulties and we have scaled down the growth for next year because of what is going on in the global economy,â€ he said.
Mr Chikwanda also called on Zambians to work hard and create an environment which allows people to perform.
He, however, said despite the challenges, Government managed to come up with a progressive national budget.
The minister also cautioned permanent secretaries not to spend beyond their budgets and available resources.
â€œGovernment will not hesitate to take action against controlling officers that spend beyond available resources.
â€œWe need to be disciplined and operate within our means,â€ he said.
And Mr Chikwanda said the pay as you earn (PAYE) threshold of K3,000 has remained unchanged in next yearâ€™s budget.