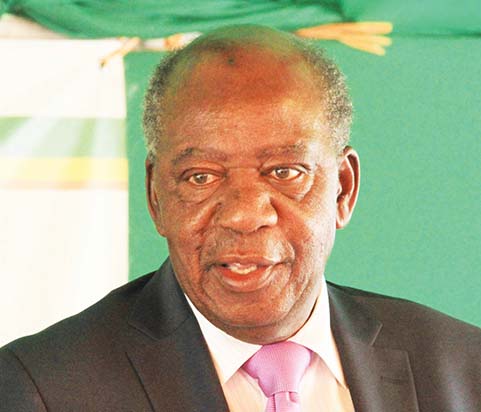 VIOLET MENGO, Lusaka
MINISTER of Finance Alexander Chikwanda yesterday told Parliament that the economy is expected to grow at around 3.7 percent this year against the budget projection of around seven percent.
Mr Chikwanda said in a ministerial statement on the state of the economy that the lower-than-expected out-turn is on account of the expected continuation of adverse weather conditions, persistent electricity deficit and the challenges associated with the mining sector, which have their origins in depressed commodity prices, a consequence of a porous global economy.
â€œGovernment has taken stock of the economic challenges that we have faced as a country in 2015 as well as in 2016. In this regard, Government has this year taken measures to increase resilience of the economy to both external and domestic shocks,â€ Mr Chikwanda said.
He said in the agriculture sector, efforts have been stepped up in developing irrigation facilities and diversifying the sector away from maize production through the introduction of e-voucher.
In the mining sector, the mineral royalty regime has been redesigned to ensure that operations of the mining companies are sustained and jobs are secured while at the same time minimising the impact of the fiscal position.
Mr Chikwanda also said Government will continue rolling out economic infrastructure, particularly in the transport and energy sectors to underpin growth and employment creation this year and beyond.
In the energy sector, the minister said the coming on stream of additional power from Greenfield projects is expected to support higher growth prospects.
Mr Chikwanda said over the medium term, growth is expected to improve to an average of five percent.
He said this is further premised on a more stable macroeconomic environment, improvement in the weather conditions, stabilisation of commodity prices on the international market and increased electricity generation.
The minister said preliminary estimates indicate that the economy grew by 3.5 percent in 2015.
â€œThis reflects generally slow global growth which has dampened demand and prices of many commodities including copper,â€ Mr Chikwanda said.
He said adverse weather conditions and the electricity deficits affected output across different sectors.
Mr Chikwanda said the agriculture sector contracted by 3.3 percent while, mining sector output substantially slowed down, growing at only 1.5 percent.
â€œPositive growth was registered in the construction, transport, communication and the manufacturing sectors,â€ he said.
The minister said it is the resolve of Government to continue with policies and strategies that will further consolidate the diversification of the economy and ensure resilience to any adverse external developments.
Mr Chikwanda said budget implementation in 2015 was faced with challenges attributed to shortfalls in both revenues and grants coupled with expenditure pressures.
Meanwhile, Minister of Energy and Water Development Dora Siliya said in another ministerial statement that US$40 million was spent on the importation of 148 megawatts (MW) of power from Aggreko in Mozambique.
Ms Siliya said out of the US$40 million, Government transferred a total of US$32.5 million while Zesco paid US$7.5 million from the power supplied between September and December 2015.
The minister said the power deficit currently stands at 1,000MW.
Ms Siliya said to address this energy deficit, Government through Zesco has engaged several suppliers of emergency power.
â€œBy the close of 2015, Zesco had successfully negotiated power purchase agreements with various Independent Power Producers and utilities in Southern African Power Pool.
The ministerial statement was prompted by a question from Chongwe member of Parliament Sylvia Masebo (PF) who wanted to find out whether mining companies had been paying a premium for the 148MW of power imported from Aggreko.