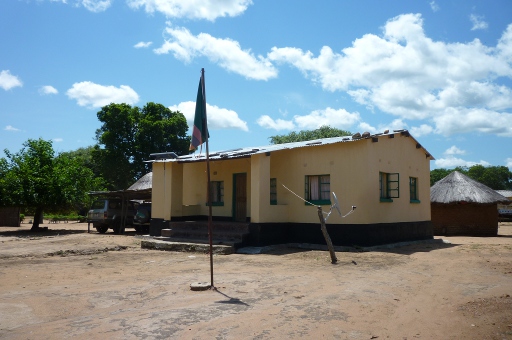 From DOREEN NAWA in Nyimba
VICE-PRESIDENT Guy Scott says community-driven initiatives that seek to promote and create socio-economic development in rural areas must be encouraged.
Dr Scott said communities should strive to pursue initiatives that seek to improve the living standards of their inhabitants.
Dr Scott said this in a speech read for him by Deputy Minister of Labour and Social Security Rayford Mbulu during the launch of the Mwape chiefdom development strategic plan for 2014-2019 here on Saturday.
He said the development of the chiefdom strategic plan by the community means a lot to Government as it indicates peopleâ€™s willingness to get involved in socio-economic development efforts.
â€œWe are in support of such initiatives and we are looking forward to studying the plan and we look forward to its fruition. We take such as a sign of relief considering that Government resources are targeted by various needs,â€ Dr Scott said.
The strategic plan is a brainchild of the Mwape chiefdom which outlines the development plan and was made possible with technical and financial support from USAID and PEPFAR through SHAREII project.
Earlier, Chieftainess Mwape said her chiefdom will only ask for construction of major infrastructure from Government such as roads, schools, hospital and electricity.
â€œWe will do the rest ourselves, all we need from Government is a good road network, schools, a hospital and power. We want to ask through you that we should be connected to the national grid,â€ Chieftainess Mwape said.
And Eastern Province Minister Malozo Sichone said the plan will go a long way in assisting Government to effectively work with the people to prudently achieve focused socio-economic development in the chiefdom.
In a speech read for him by Eastern Province deputy permanent secretary Zachariah Luhanga, Mr Sichone said the region has received its fair share of the infrastructure projects currently being implemented across the country.
SHARE2 chief of party Muka Chikuba-Mcleod said the development of the plan demonstrates the commitment and desire to see a developed Mwape chiefdom.
Dr Mcleod said by documenting the communityâ€™s collective thinking in the plan, residents have shown willingness to put development first on their agenda.
â€œYour Mwape chiefdom development strategic plan is a very valuable tool and if followed will change the face of the chiefdom,â€ Dr Mcleod said.

Learn to save, Musenge urges students