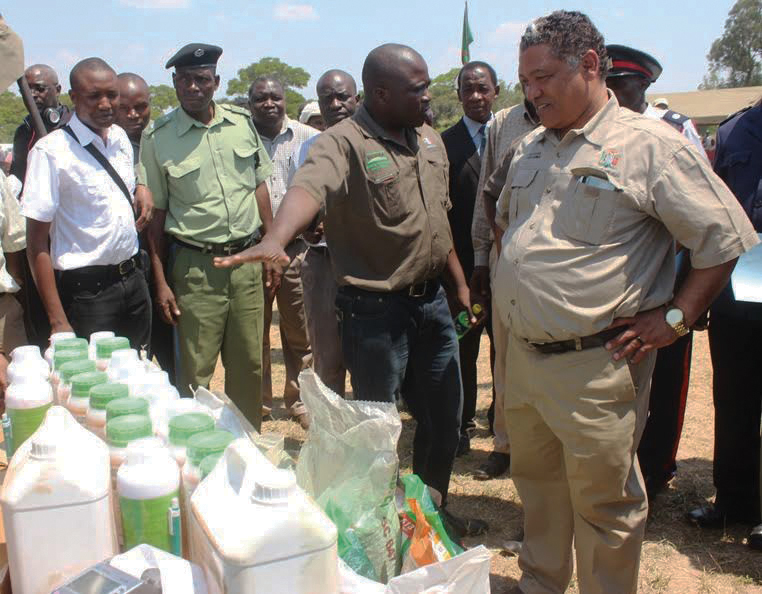 NANCY SIAME, Lusaka
GOVERNMENT says the electronic voucher (E-voucher) system under the farmer input support programme will help flash out â€˜ghostâ€™ farmers.
Deputy Minister of Agriculture Maxus Ngâ€™onga said the E-voucher, which is being piloted in 13 districts in Southern, Lusaka, Copperbelt and Central provinces, will only benefit the intended farmers as it has tight security features.
â€œThese cards cannot be given to any individual not even if one has been sent by the farmer himself,â€ Mr Ngâ€™onga said.
Under the old system, farmers just registered with co-operatives to access the inputs, but this was prone to abuse by unscrupulous people.
Mr Ngâ€™onga said in an interview recently that a number of dealers in agricultural supplies are already in districts where the E-voucher system has been launched to reach out to more farmers and offer their services.
â€œThe decision-making process is now in the farmersâ€™ hands. They will decide what they want to buy for their farming season and how much of any product they need,â€ he said.
He said farmers are free to go to any agro-shop to buy farming inputs of their choice using their electronic cards.
Mr Ngâ€™onga said although there are speculations that farmers will be exploited under this programme, it is not true because farmers will have a wide range of dealers to choose from and the players will be competing to attract the farmers.
He said farmers are also assured of getting quality for their money as all the dealers who have been engaged have been assessed.
Mr Ngâ€™onga said the project will be fully rolled out within the next three seasons as most farming areas will have mobile network connections by then.
â€œThis type of facility requires that the beneficiary is an area where there is network, and with governmentâ€™s project of putting up communication towers in all districts, it will help us fully roll out the programme within three farming seasons,â€ he said.