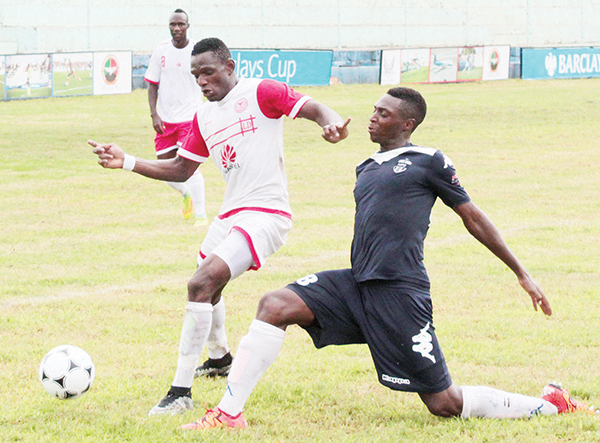 if they want the Democratic Republic of Congo forward to move to Ndola.
Mugalu joined Dynamos from FC Saint Eloi Lupopo at the beginning of the season.
On Wednesday, Zesco coach Zlatko Krmpotic said the Confederation Cup envoys want to sign on Mugalu.
He has been in prolific form scoring nine goals in the league.
Dynamos president Hanif Adams said the elite club can only listen to offers from Europe.
“We have read in the press that Zesco United coach Zlatko Krmpotic is interested in Mugalu. We want him [Krmpotic] to follow the FIFA laid down procedure by talking to us [Dynamos] first instead of us reading in the press about our player,” Adams said.
He said all Dynamos players have buyout classes and that any club interested in them should meet the set conditions.
“If any local club including Zesco United is interested in Mugalu, they must meet our asking price which is US$ 1 million and then we can talk. It is disrespectful for another coach from another club to talk about our players without contacting us,” Adams said.
He said Mugalu is a good player who can terrorise any defence in Europe.