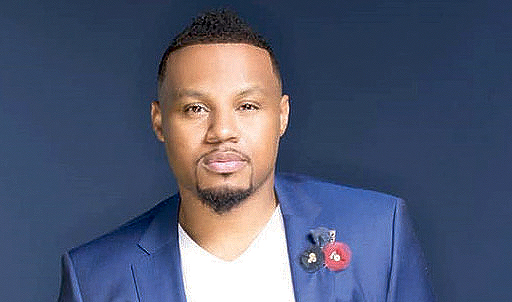 THELMA BWALYA, Lusaka
INTERNATIONAL gospel artist Todd Dulaney will be the guest artist at this year’s “Victory Belongs to Jesus Christ” concert slated for August 25 at the Woodlands Stadium in Lusaka.Todd Dulaney is an American gospel musician and former baseball player whose music career started in 2011 with the release of the CD “Pulling Me Through”.
He then followed it up with the release of “A Worshipper’s Heart” in 2016 which cemented his place as a gospel singer.
His most known songs are “Victory Belongs to Jesus”, “Great Name” and “Fall on Us”.
The Woodlands Stadium concert at which he will perform is being organised by local gospel singer Ephraim, Agape Ministries of the United States of America and Inspired Lane of the United Kingdom while the Zambia National Broadcasting Cooperation (ZNBC) and Hot Fm have also come on board as partners.
“The concert is called Victory Belongs to Jesus, it’s going to be a worship concert. We have this partnership with some orphanages like House of Moses, so we’re trying to also find a way of raising funds for them,” Ephraim said.
“Every concert we do, we go to UTH [University Teaching Hospital] and support the maternity ward and things like that, so this time, we want to help the cancer ward [at UTH].”
Ephraim said apart from raising funds for the orphanages, the concert is also a way of bringing people to a place of worship.
“That is why we’re bringing Todd Dulaney who is a worshipper to the concert,” he said.
Chileshe Bwalya, Ccippo, Let There Be Worship and Miriam Chama are the local artiste expected to grace the concert.
Ephraim urged people to be part of the concert as there will be worship as well as healing and deliverance.
“It’s just a place where people need to be, there’s going to be intense worship, there’s a lot of healing that goes on in worship so God is going to heal the land of Zambia and the people,” he said.
“I encourage people with different illnesses to come and receive their healing.”