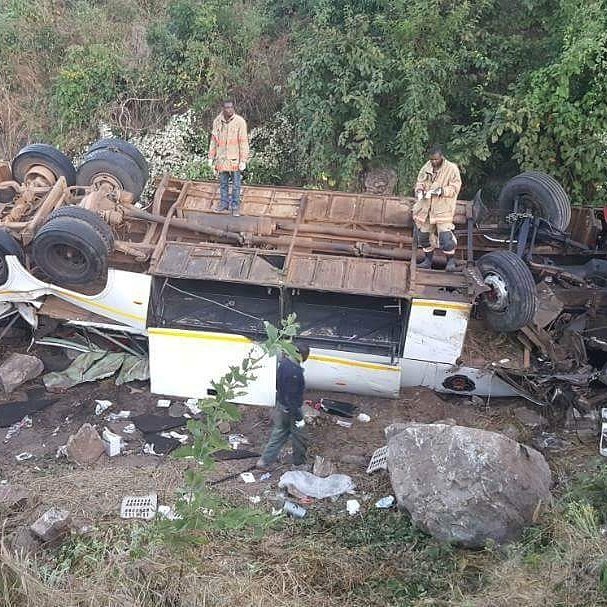 Accidents can be deadly

FREDERICK MUBANGA, Lusaka
Driving speed is an important factor in road safety. Speed not only affects the severity of a crash, but is also related to the risk of being involved in a crash. The higher the speed, the greater the stopping distance required, and hence the increased risk of a crash.
According to the Road Safety Manual on Speed, produced by the World Health Organisation (WHO), it is clear that as more kinetic energy must be absorbed during a high-speed impact, there is a higher risk of injury should a crash occur. Speeding is one of the major causes of road traffic crashes in Zambia. A baseline survey on speeding conducted by the Zambia Institute for Policy Analysis and Research (ZIPAR) on behalf of the Road Transport and Safety Agency (RTSA) in 2016 revealed that over 39 percent of vehicles sampled in Central, Lusaka, Southern and Copperbelt provinces were speeding on public roads. This entails that most of the drivers on the Zambian roads are CLICK TO READ MORE