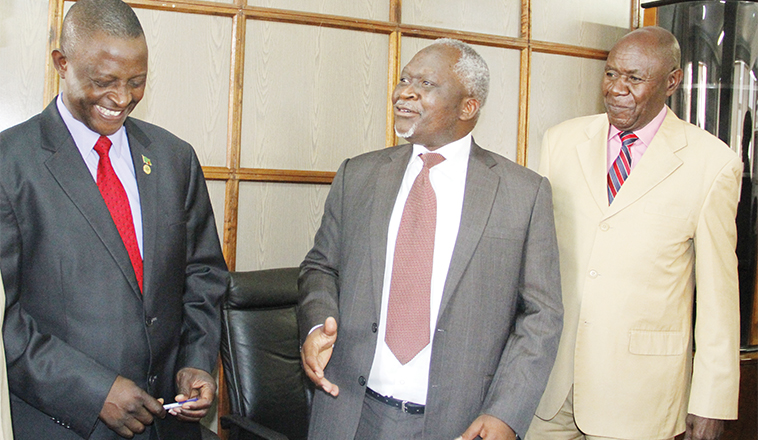 By KABANDA CHULU
ABOUT 39,000 Zambians resident in Katanga Province in the Democratic Republic of Congo (DRC) are demanding that the Zambian government reimburses them K229.5 million (US$ 38,000), which they contributed towards the construction of a school in the 1960s to teach their children local culture. The school has not been built to date.
Consul-General of Zambia to the DRC Davies Sankwana confirmed that the money was kept in an account for the mission in the initial stages although there were no records to show transaction processes apart from three photocopied receipts.
Ministry of Foreign Affairs permanent secretary George Zulu said the Ministry of Justice will be involved in the matter to verify the authenticity of the photocopied receipts to address the problem.
During a meeting with Mr Zulu in Lusaka yesterday, chairman-general of the over 39,000 Zambians resident in Katanga, Samuel Mumba, said they wanted to build a school where their children would be learning English and local culture.
â€œWhen we started this initiative, we expected our (Zambian) government to make contributions as well since Zambians were not allowed to attain primary education â€¦ we just want our money back or Government can fulfil its contribution for us to have own school,â€ he said.
He said most Zambians were also faced with challenges of identity since the papers they hold were issued by the colonial administration.
â€œUpon independence of Zambia in 1964, we registered at the consular offices as Zambians although here in Zambia most people look at us as â€˜Kasaiâ€™ or Congolese but that side, they say we are Zambians,â€ Mr Mumba said.
And Mr Sankwana said people were demanding the money with interest stretching over 40 years.
â€œAt some point, the money was kept in the mission account when Danstan Kamana was the consul-general but there are no records apart from the three photocopied receipts they have presented,â€ he said.
And Mr Zulu said Government is determined to resolve the matter amicably.
â€œI will head a delegation to meet the people in Katanga. We shall also involve the Ministry of Justice to help ascertain the authenticity of the submitted receipts. We thank these people for coming up with this initiative and for donating money but we shall liaise with DRC authorities to see if we can be allowed to build the school.
â€œI also wish to advise these people to fill in forms at the mission that can be verified at various chiefdoms where they came from and passports will be issued since we want people in the Diaspora to also contribute to the development of Zambia,â€ Mr Zulu said.