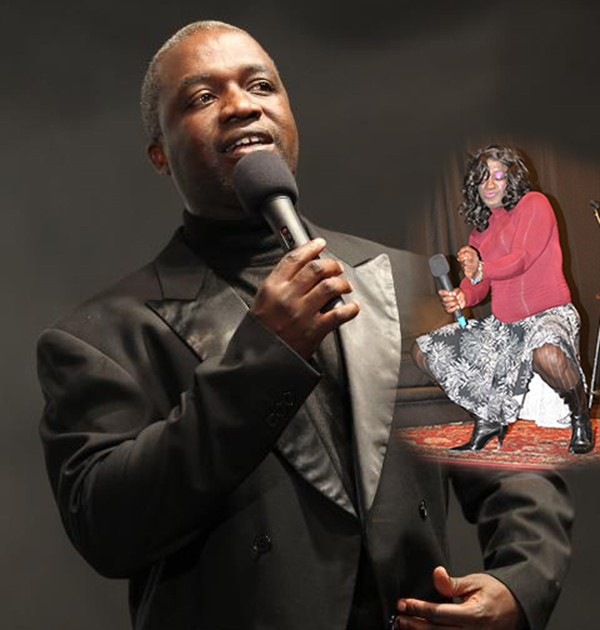 MWAPE MWENYA, Lusaka
BOB Nkosha has stepped in to defend the character of Dorika, which has caused a furore between Minister of Education Michael Kaingu and United Party for National Development member of Parliament Moono Lubezhi.
Nkosha a comedian, says Dorika has grossly been mischaracterised to depict a woman of easy virtue when she is, in fact, a woman of influence readying to go places.
He does not understand the brouhaha and has vowed not to stand by while Zambians malign one another using the name of his good-natured and well-intentioned fictitious character.
The Daily Mail spoke to Mr Nkosha, who laughed the whole commotion off, saying â€œDorikaâ€ was a depiction of a tough-talking rights activist who was created to occupy an influential position in the Zambian society and, therefore, a role model.
The Kitwe-based comedian says â€œDorikaâ€ does not depict the character of a prostitute. Despite previously being a woman who did not have an education, and could not even speak English, today â€œDorikaâ€ is an accomplished, assertive role model who knows her rights.
Mr Nkosha said in an interview on Monday that he is shocked that some people are wrongly using the Dorika character synonymously with a woman of ill-repute, which is not the right picture.
He said it is interesting to note that the fictitious character behind â€œDorikaâ€ depicts a woman activist and a role model to be emulated by women who want to be independent without entirely depending on men for financial support.
â€œThe Dorika character is not a prostitute. If you noticed in my initial shows, I used to refer to Dorika as an illiterate person who could not even speak English fluently, but now there is an improved Dorika who even speaks good English and interacts with people at various levels,â€ Mr Nkosha stated.
He said the creation of Dorika was not prompted by any real-life situation. The character is a fictitious personality the creator uses solely to add humour to the stage acts to make people relax and enjoy themselves when they go out.
Mr Nkosha also took the opportunity to defend the existence of the character, saying it was not aimed at lampooning people who carry the name â€œDorikaâ€.
â€œI did not mean to harm those people who may bear the name Dorika. It is just a name I chose to use. It does not in any way mean a prostitute or a reckless woman,â€ Mr Nkosha said.
Recently,Dr. Kaingu came under fire for referring to Ms Lubezhi the Namwala MP as â€œDorikaâ€.
Dr Kaingu has sincerely apologised to Ms Lubezhi, stating that he was not aware that the name was associated with the oldest profession.
â€œIf Dorika has made my colleague feel injured and it means unprintable, I want to apologise to my colleague because I did not mean the Dorika that is being portrayed,â€ says part of Dr Kainguâ€™s apology.
Mr Nkosha has since implored the speaker of the National Assembly to allow him perform before members of parliament to allow for the lawmakers to have a clear understanding of the character behind Dorika.
â€œI am ready to perform anytime at a public function for MPs because I want them to understand the character. The fictitious Dorika is a 45-year-old single mother who does not depend on men for financial support; she encourages women not to allow men to trample on them,â€ Mr Nkosha said.