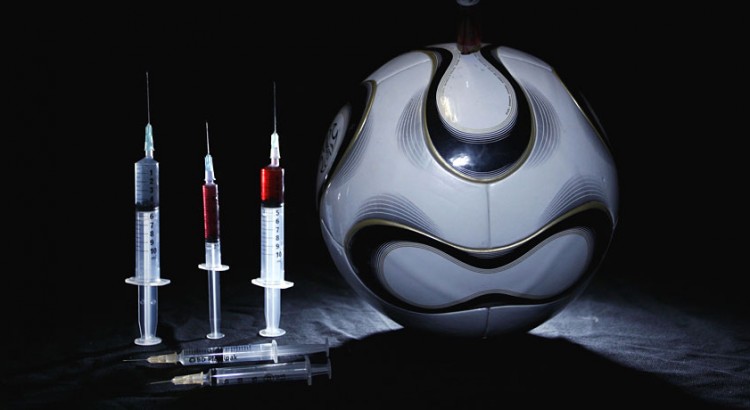 DOCTORS’ CORNER with JOSEPH KABUNGO
DOPING control in sport and football in particular has remained fundamental.
Any team preparing for a major competition should be ready to sensitise players on matters relating to doping control.
To many young players, doping control is a new phenomenon which they face when they are at international competitions.
In three weeks time, Zambia will be hosting the Total Africa Under-20 Championship involving eight countries.
One of the important aspects of the organisation of the game at this level is doping control.
At the Total Africa Cup of Nations in Gabon, all the matches were strictly controlled including the final set for today.
I have observed how nervous and naive young players are just like seniors when they are randomly selected to undergo a doping test.
It is certain that many do not have prior knowledge regarding this important aspect of the game.
I take it that educating young athletes in doping control is not done routinely in many sports associations.
Once in a while I hear of doping control orientations for sports administrators and my hope is that the information is getting down to young athletes.
Doping and doping control under FIFA and the Confederation of African Football (CAF) regulations is a serious matter.
That is the reason all doping control officers under these organisations are medical officers.
This is because doping control has a lot of important considerations some of which has to deal with medical ethics and medical doctors have to be in line with the Hippocratic Oath as respectable practitioners.
Athletes have a huge responsibility for what they take in.
This is the reason why self-prescription has to be discouraged.
Responsible medical officers have to ensure that they are in line with the latest World Anti-doping Agency (WADA) updated list of banned or prohibited substances.
At the 3rd FIFA Medical conference in Zurich, Switzerland, two years ago, doping control was again at the centre of discussion.
Apart from the commitment by FIFA to continue the random in-competition and out of competition doping controls, an increase in punishment for those found doping was discussed.
At the 2014 Brazil FIFA World Cup, all the players underwent doping controls which were mostly out of competition and the results were good.
This just demonstrates the seriousness attached to doping control. Samples that are routinely obtained and subjected to routine doping controls are urine samples though blood is also used at certain competitions.
If at all there is one issue which brings panic and despondency to teams are issues relating to positive dope tests which results in players meeting the wrath of the law.
It is quite clear that CAF and FIFA have zero tolerance to doping.
There have been so many cases of athletes and football players giving all sorts of excuses when summoned for doping tests.
In this respect, I will take you back on the brief background on doping and why authorities have taken a hard stance regarding this unsporting behaviour.
I will highlight some of the reasons why sports men in general take in prohibited or banned substances and the reasons they give.
The issue of the cyclist Lance Armstrong, who confessed to doping, is on the minds of a lot of people.
Apart from Armstrong a lot of prominent athletes have found themselves in similar situations.
At times doping scenarios becomes complex because it does not only involve athletes alone but also people managing their affairs.
WADA being the leading organisation in doping control works in closer collaboration with FIFA in making sure that many important issues are harmonised.
Football being a competitive sport requires that players put in a lot of effort.
It is this extra demand that players want to excel at all times.
The principle of sport entails that no athlete should take in any substance that will enhance his or her performance and disadvantage opponents.
All sports men and women should compete in a fair way so that results are a true reflection of oneâ€™s input.
When players take in substances that are on the list of prohibited substances, then they violate the anti-doping rules.
Violation of the anti-doping rules will attract punishment.
In the case of CAF and FIFA competitions, suspension from football has been increased from two to four years if one is found doping.
The other reason why players fail dope tests is when they unknowingly take in substances which are on the list of prohibited or banned substances.
Even in the event that the player fails a dope test, because of unknowingly taking in banned substances, the responsibility still remains thereâ€™s.
It is important for sports men and women competiting in regulated sport to seek expert advice when taking medication.
In cases where there is a medical condition which requires taking in of drugs which are on the list of prohibited or banned substances, an athlete could apply for what is known as a Therapeutic Use Exemption (TUE).
A TUE has got special regulations and has to be applied for in good time before an athlete engages in competition.
Once a TUE has been granted, then a player can fully take part in competition without any consequences but the use of such a drug has to be supported by justifiable medical reasons.
It is in this respect that I would urge the team doctors who are authorised to prescribe drugs to be careful on the type of medication they give to sports men and women because of the danger of failing dope tests.
For questions and comments write to Dr Kabungo Joseph Email: zengajk@yahoo.com