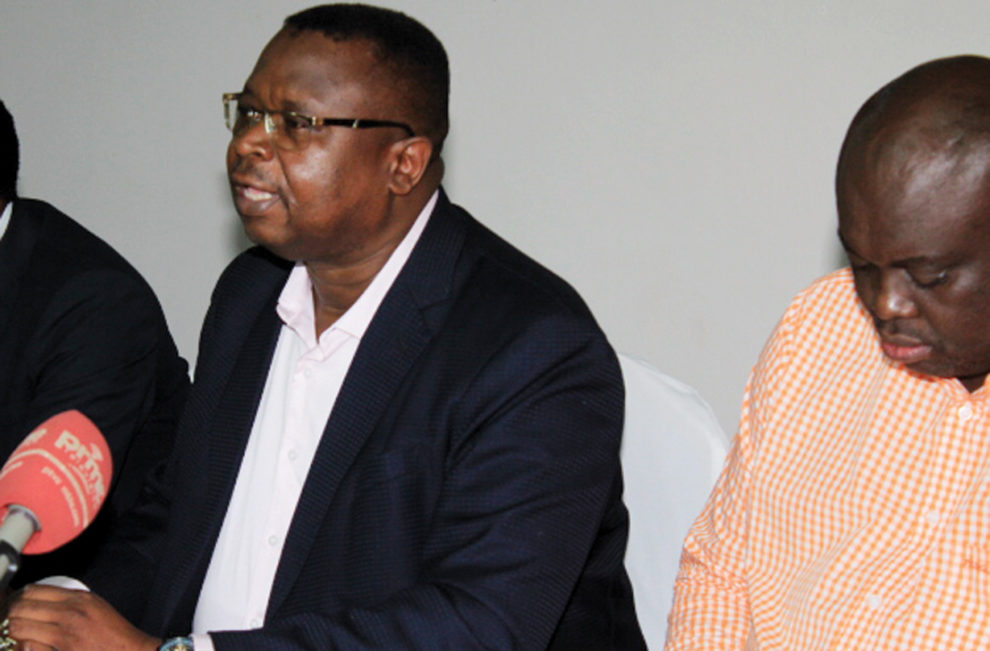 NANCY SIAME and ALVIN CHIINGA, Lusaka
THE Mineworkers Union of Zambia (MUZ) has accused Mopani Copper Mines (MCM) of blackmailing Government and other stakeholders by threatening to cut 4,700 jobs due to power supply restrictions by the Copperbelt Energy Corporation (CEC).

MUZ president Nkole Chishimba said at a press briefing yesterday that Government should intervene in the matter to save miners’ jobs at MCM.
“Unfortunately, workers seem to be an easy fix and victims of Mopani and CEC’s failure to negotiate the power supply agreement in good faith,” he said.
Mr Chishimba warned of serious consequences of the impasse between MCM and CEC on the Copperbelt, particularly in Kitwe and Mufulira.
He said MCM could save a lot if it cut jobs of expatriates rather than reducing the local workforce which desperately needs the jobs.
“MUZ is pleased that other mining companies have taken on board the increase in power tariffs by mitigating this cost using other options than cutting jobs,” Mr Chishimba said.
“Our memories are still fresh on the redundancies that were done by MCM in 2015 involving 4,300 workers. Therefore, the nation cannot afford to lose a further 4,700 jobs as this will push them into abject poverty,” he said.
Meanwhile, the National Union for Miners and Allied Workers (NUMAW) has called on MCM to rescind its plans to scale down its operations, reports MELODY MUPETA in Kitwe.
NUMAW president James Chansa said at a press briefing that the labour movement will not allow retrenchment mineworkers when the price of copper on the international market is rising.
Mr Chansa called for dialogue between Mopani and CEC to find a lasting solution.
He also appealed to Government to step in the matter to prevent job losses.
And Zambia Chamber of Mines vice-president Matthew Banda said there is need to find ways of averting job losses at MCM.
Mr Banda said in an interview that MCM and CEC should resolve the matter amicably.
“The loss of jobs should not be the way to go,” he said.
On Tuesday, MCM public relations manager Nebert Mulenga said in a statement that it has become necessary for the mining company to curtail some areas of operation due to power supply restrictions.
“We are engaging the unions and other stakeholders to see how we can mitigate the effects of this unavoidable course of action,” he said.
Mr Mulenga said MCM has continued to negotiate with CEC and Zesco but that it is unable to maintain the workforce without sufficient power supply to its operations.
But CEC senior manager for corporate affairs Chama Nsabika said in a statement yesterday that MCM owes CEC US$23 million, reports MWILA NTAMBI.
Ms Nsabika said the escalated debt has made it impossible for CEC and Zesco to continue supplying MCM with full power especially that the mining firm has allegedly refused to pay the 2017 industry-wide tariff.
“Eight months after the implementation of the new tariff, outstanding amounts due from Mopani have escalated, making it unsustainable for both CEC and Zesco to continue supplying MCM with full power,” she said.
Ms Nsabika said with all other mining companies having agreed to pay the new tariff, MCM’s attitude poses a serious threat of undoing what has been achieved, and further risks taking the country back to a position where it cannot sustain its energy sector.
She wondered why MCM is threatening to offload workers when the load reduction has only affected the smelter while all other operations have not been affected.
“Conscious of the need to maintain human and plant safety, all requisite safety procedures have been observed throughout the restriction process,” Ms Nsabika said.
She said CEC remains committed to amicably resolving the matter with MCM for it to resume normal power supply to the mine.