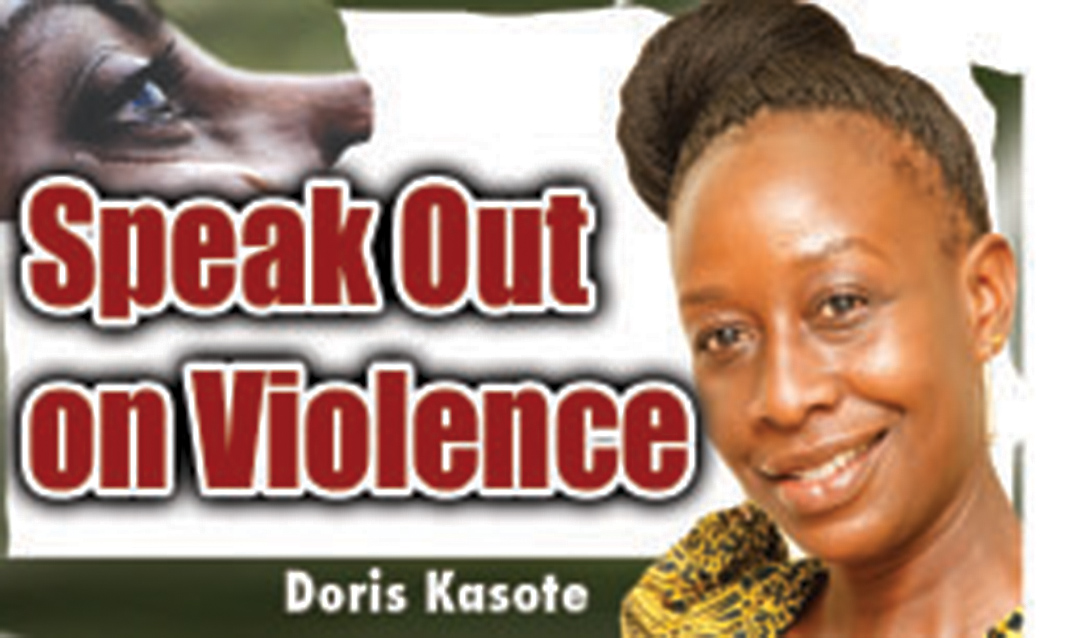 Speak Out on Violence: DORIS KASOTE
MANY a time we associate perpetrators with only those people who actually commit the crime of violence, be it physical or verbal.
However, this is not the case as perpetrator range from one who watches from a distance knowing that a crime has been committed, to the media that could instigate the violence being committed.
A perpetrator is known as someone who has committed a crime or a violent or harmful act.
But after attending a training recently conducted by a civil society organisation called Equality Now, I learnt that a perpetrator is not only a person who commits the crime but there are also other players who could fit the description.
Sometimes, in minding our own business, we tend to ignore what a neighbour or the next person is doing, even if that person is inflicting pain on another, thus we also become perpetrators of that violence.
As responsible citizens, we need to take keen interest in the well-being of the other people by reporting such acts to the police. Thereafter, it is left to the police to take the next step and investigate such acts.
It has become a trend for some on lookers to film acts of violence and quickly posting such videos on social media. Ideally, one would expect that the normal thing to do would be to help the victim instead of an onlooker being quick to find their phone and begin to film such acts. At whose pleasure? Those who film these acts are also perpetrators of violence.
What also came out strongly in the meeting was the fact that sometimes, as the media, we do play a part in encouraging or discouraging violence in the manner a story is packaged.
The media was reminded to place responsibility above sensationalism. Just as much as it is understandable that the media has to use all sorts of strategies to market its product, it should not underplay how much influence it has on society, whether positively or negatively. It may cause others to have ideas of committing violent acts that never crossed their minds.
So think again, in one way or the other, almost every person has played a role in being a perpetrator of violence. If we hope to see a violent-free society, it takes each and every individual to participate.
As we commemorate 16 Days of Gender Activism which runs from November 25 to December 10 under the theme ‘Raising an equality-conscious generation against GBV’, let’s unite and fight violence because the vice has not only destroyed homes but its effects spill over to the rest of society.
Until next week.
Let’s keep in touch.
dkasote@daily-mail.co.zm