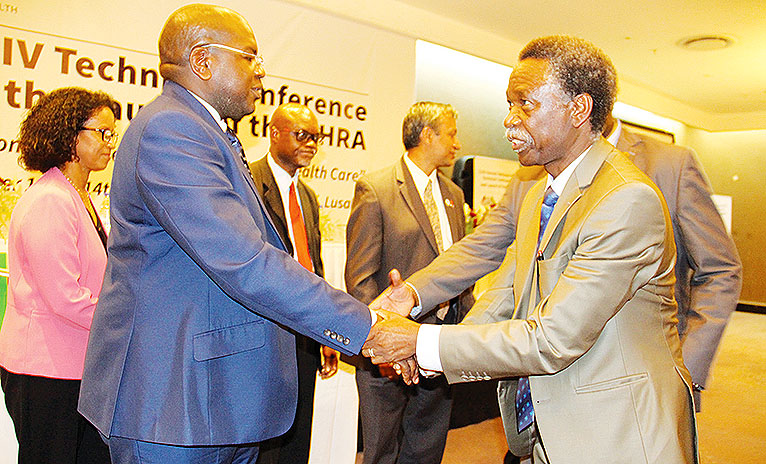 ANDREW PHIRI, Lusaka
RESEARCH, which is the systematic investigation into and study of materials and sources in order to establish facts and reach new conclusions, has taken a new turn in the health sector after the launch of the National Health Research Authority (NHRA).

The Ministry of Health, in its transformation agenda, has placed health research as a priority to inform decision-making and policy direction using evidence- based data.
The NHRA is a regulatory body that was established under the National Health Research Act No. 2 of 2013. It is mandated to provide a regulatory framework for the development, regulation, financing and coordination of the health research standards and guidelines for ethically sound health research.
In addition, the national health research ethics board established under the authority is responsible for the ethical conduct of all health research in Zambia and regulates all research ethics committees and institutional boards in Zambia.
Ministry of Health Permanent Secretary in charge of Administration, Kennedy Malama, sees the launch of the authority as a new chapter in health research and he is optimistic that it will usher in a new period in the area of research in the country.
“The launch is going to change the landscape of research in the country. Those who are still doubting should loosen up,” said Dr Malama
For Minister of Health Chitalu Chilufya, the launch of the authority will change the health sector for the better.
Dr Chilufya paid homage to his predecessor Joseph Kasonde for his contribution to research in the country. The launch was as a result of the importance the deceased former Health minister attached to research.
“One giant of a medical doctor,” said Dr Chilufya to a standing ovation “One patriot by the name of Dr Joseph Kasonde (late) led the research agenda during his tenure as Minister of Health. We celebrate him today.”
There is urgent need to address gaps in the process of responding to and authorising research.
It has been discovered that the process could be tedious, hence causing delays in research. Therefore, Dr Chilufya has directed the authority to ensure that they do not allow unnecessary bureaucracy but instead should quicken the process.
“We must not create bureaucracy in the approval process,” said Dr Chilufya. “We need to establish mechanisms that will improve data while protecting individual interest.”
Unified approval processes within a consistent system is what he expects from the authority going forward.
He said Government wants to see timely approval of research studies and therefore the authority needs to abandon the business-as- usual posture.
Dr Chilufya emphasised the need to improve the environment for clinical trials. “It is important that clinical trials are supported through speedy processes.”
The NHRA, which is based at the University Teaching Hospital (UTH), is expected to facilitate the investigation on how best to ensure set targets like the elimination of malaria, reduction of maternal deaths and epidemic control of HIV and AIDS are attained.
Dr Chilufya also stressed the need to embed a culture of research at UTH, adding that a consultant has the responsibility to teach, provide service, as well as conduct research.
After the launch of the NHRA, a consultative meeting with various stakeholders on the mandate of the authority was held at in Lusaka.
The institution is planning to develop guidelines on traditional medicine as one of its plans in the coming year.
Although experts say that research has not been very bad in the country, there is need to regulate research in order to protect individuals and the population in general, hence the establishment of the authority.
Riding on the demonstrated favourable political environment, researchers are called to undertake studies in issues that affect the country and need to be addressed through policy measures.
“We have a very favourable political environment and that is why we need to work,” said NHRA director Godfrey Biemba
In the past, research has been dependent on external investigations and studies from international organisations like the World Health Organisation. The minister of Health charged the authority to correct that and promote research that will guide decision-making in Zambia’s health sector.
The authority says it will embark on a rich audit of previous works to assess how such researches were undertaken and the policy direction that was taken.
“The message to researchers is that we now have the regulatory board that promotes research. Therefore, endeavour to engage the authority from the beginning,” Dr Biemba said.
Tropical Diseases Research Centre (TDRC) has been Zambia’s only national institute with the mandate to conduct research. The organisation is elated at the establishment of the NHRA.
TDRC director Modest Mulenga welcomed the establishment of the authority and further pledged to work under the NHRA as the regulator.
Dr Mulenga said research is important in the health sector because, when dealing with human life, nothing can be done without evidence.
The need for Zambia to domesticate health research has been long-standing. “It’s not right that research that is done elsewhere is applied to our population,’’ Dr Mulenga said.

Zambian women get Graca Machel Trust award
What went down in energy sector: 2017 in review