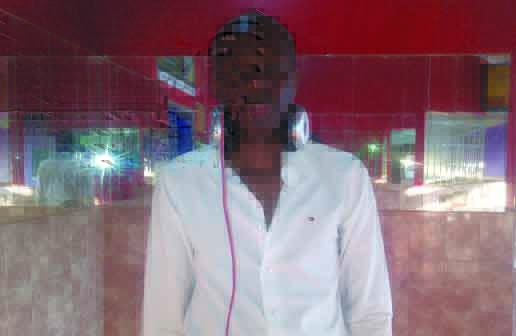 Felix Nyambe
HE may not be the initiator of the music art called rap, but DJ Mandy is truly perfecting the genre, just like US music moguls, Secret Weapon, did sing 34 years ago, thus: â€œâ€¦DJs may come and DJs may goâ€¦â€ off their steamy album, Must Be The Music.
With the innovation which has come with most of the new kids on the block, such as Macky II and his exciting brother, Chef 187, DJ Mandy, aka DJ Champagne, is on song to set new trends in rap music circles.
Like many of his early inspiration, who incidentally include Macky II and Chef 187, DJ Mandy (real name Whiteson Chimimba) also hails from the Copperbelt town of Ndola.
A product of Kansenshi Secondary School of Ndola, where he completed his high school in 2012, DJ Mandy has been a smooth rapper ever since he laid his hands on the microphone at Alpha Entertainment.
â€œImmediately after school in 2012, I began working on my maiden songs with such rap celebrities as Macky II [DJ Buga] at Alpha Entertainment,â€ so revealed DJ Mandy, aged 21.
His debut rap-sauced songs such as his collaboration with Macky II titled The Way You Move, Alanama-L (featuring Mwine Mushi) as well as Baby I Love, which features crooner Kâ€™Millian, were refined tunes by any Zambian standards.
With Cream Dollar, from the reputable Bargram Studios as producer, DJ Mandy was thus buoyed to look beyond the Kopala Swag, the Copperbelt-based artistesâ€™ favourite moniker.
A sworn fan of such rap greats as US-based Ace Hood of the Hustle Hard fame, Nigeriaâ€™s hot Ice Prince, Sakordie and South Africaâ€™s adorable rapper, Caspaniovest of the hit track Doc-shebeleza, DJ Mandy soon relocated to Lusaka in 2013.
â€œMy first task was to lure more music freaks at the Club Marilyn situated on the airport road in Lusaka, where I got to mix it up with more fascinating artistes,â€ said DJ Mandy, the second born in a family of three.
With regular features such as DJ Xpat (Patrick Mushili), the larger- than-life legendary folk singer-cum-comedian, Pontiano Kaiche and Danny Kayaâ€™s Mo Fire band springing up at Club Marilyn, DJ Mandy could not be left out of the fun.
Without taking anything away from some of the local disc jockeys who have excelled in the recording studios, such as DJ Fresh (Emmanuel Nyoni), DJ Life (Allan Mvula), DJ Cozmo and DJ Len Trapster (Len Shinde), DJ Mandy is simply in a class of his own.
With his other inspiration, not surprisingly though, coming from his own brother Chama, DJ Mandyâ€™s expected songs will be all about the hustles and bustles of day-to-day life.
â€œI call myself a Komboni Hustler because as a youth, I feel and I am aware of bustles youngsters are going through worldwideâ€¦It is a world full of hustles, so I want to be the voice for the voiceless,â€ he says.
Currently basking in the disc booth of Cockpit nightclub and eyeing some stint with Raydoâ€™s Digital X Records, DJ Mandy, who is also inspired by Daddy Zemus, SAâ€™s DJ Cleo and USâ€™s David Getta, has released his debut video titled Alanama-L.
The video, which has been blaring on Muvi Tvâ€™s Africa Unite, is the sequel to his earlier inspiring song titled Going to the Top, and features a relatively new songbird, Shamale.
With most young artistesâ€™ music going viral, music buffs have been sampling DJ Mandyâ€™s songs and video on such social media networks as reverbnation.com/sempela/songs, and what an awesome response.
But with this seemingly smooth and smart beginning to his musical journey, DJ Mandy is wary with what goes with fame attained by club disc jockeys-cum-rappers.
â€œWe are always at a risk of coming across several anti-social vices such as drug and alcohol abuse, sex workers, even criminals, while working in nightclubs, so I am not taking any chances,â€ advised DJ Mandy.
But above all this, the young rapper, apart from heaping praises on his boss at Cockpit nightclub, Christopher Kunda, for according him an opportunity to expose his talent, has bemoaned the lack of â€˜seriousâ€™ music promoters.
While acknowledging the efforts of Zambian Breweries in initiating the Zambia Music Awards (ZAM), DJ Mandy feels club â€˜jaw-breakersâ€™ have been sidelined.
â€œOnly radio disc jockeys have been awarded the Mosi Awards. Well, they deserve to, but how about extending that recognition to club music spinners as well?â€ he asks.
On his future plans, DJ Mandy would like to be recognised the very same way legends Paul Ngozi, Chris Chali and Pontiao Kaiche are being appreciated.
fmmusik@yahoo.co.uk, 0979360993/0964873656 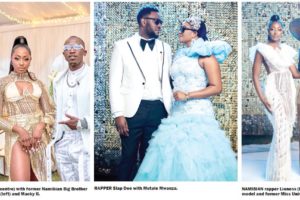 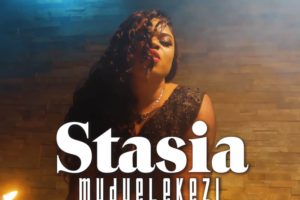