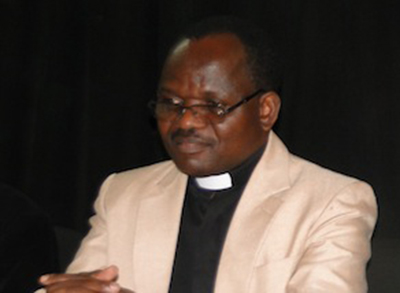 MIKE MUGALA, Lusaka
THE Church has urged couples to remain faithful to their spouses because cheating in a marriage is a recipe for disputes and gender-based

violence.
The Evangelical Fellowship of Zambia (EFZ), the Independent Churches of Zambia (ICOZ) and the Islamic Supreme Council of Zambia (ISCZ) are urging couples to love each other and be faithful to avoid marital disputes.
Their advice comes in the wake of a recent incident in which a man of Lusaka’s Meanwood Kwamwena allegedly shot his wife and her suspected lover after he found them in a compromising position.
EFZ director Pukuta Mwanza said in an interview yesterday that faithfulness between spouses is crucial in maintaining marital harmony.
“Marriage is for life and people should not engage themselves in extra-marital affairs because they can inflict pain on their partner who may resort to violence,” reverend Mwanza said.
He said couples who fail to forgive their partners, especially over adultery, should divorce and not resort to violence.
“If you cannot agree with your partner, it is better to part ways, divorce is a lesser evil compared to murdering your friend,” rev. Mwanza said.
He said the continued increase in gender-based violence cases among couples is a wake-up call for the Church to preach unconditional love, forgiveness and dialogue between spouses.
And in a separate interview, ICOZ chairperson David Masupa said practising the tenets of Christianity is key to ending the continued cases of gender-based violence and heinous crimes being recorded between couples.
ISCZ deputy president Musa Saidi said there is need for the Church to emphasise the need for citizens to respect the sanctity of life.
“No-one has the right to kill another person even when they have cheated on you, you don’t own that person, it’s better to divorce them,” sheikh Saidi said.
And Government says it will continue to support the Church in promoting national unity and prosperity, Minister of Religious Affairs Godfridah Sumaili has said.
Speaking when she officiated at the sanctuary of mercy breakfast meeting at Hotel Intercontinental in Lusaka yesterday, Mrs Sumaili said the Church must always endeavour to transform the nation and empower its citizens.
“As government, we support initiatives that are within the transformation agenda.
“It is therefore necessary that leaders in the Church are transformed as they are key in transforming attitudes that we need very much in this country,” she observed.