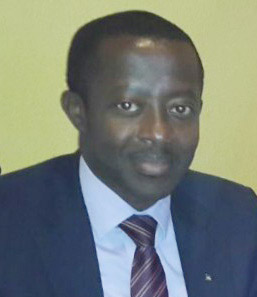 ANALYSIS: ABEL BUHUNGU
THE urgent need for diversification of African economies and prioritisation of Intra-Africa trade has never been more vital than now. This should aim at ensuring success and delivery of public goods, Sustainable Development Goals (SDGs) while also contributing to achieving Africaâ€™s Agenda 2063.
Indeed, this is closest to an antidote for the continentâ€™s enduring conundrum of economies that largely remain commodity-centred. At the 2016 (September) African Green Revolution Forum (AGRF) in Kenya, President Paul Kagame perfectly summed up the urgency of rectifying this situation, particularly when commenting on the less than ideal agriculture sector on the African continent when he remarked to his fellow African leaders â€œletâ€™s stop talking a lot about things and just do them. Letâ€™s do more action and less speechesâ€.
Essentially, the cogent argument at the heart of diversification and making agriculture the point of departure for this vital policy is the simple reality that in the African context growth in the agriculture sector is more time responsive and effective at reducing poverty than growth in any other sector.
It is encouraging to note President Edgar Lunguâ€™s reaffirmation of anchoring Zambiaâ€™s current and future national development in the agriculture sector and prioritisation of non-traditional exports, as he outlined during the opening of the twelfth National Assembly in September.
Notably, President Lunguâ€™s stance of exponentially augmenting the export of crops other than maize such as groundnuts, soyabeans and sunflower bodes well not only with the Zambian economy and her eight immediate neighbours but it also presents prospective trade opportunity with East African Community (EAC) nations with a total population of 162 million.
Rwandaâ€™s increasing demand for Soyabeans is a lucid example of intra-Africa trade for a country such as Zambia to take advantage of.
Zambia has the ideal soyabeans growing conditions for commercial production and its huge demand in the Rwandan market in particular is a very valuable economic opportunity for Zambian farmers. Export of Sugar and Cement into the Rwandan market are other business opportunities for Zambians and their Rwandan counterparts.
As a country with the least burden of government regulations for investors (Rwanda ranked second easiest place to do business in Africa – World Bankâ€™s 2017 Doing Business reports), Rwanda is also potentially an appealing export market for Zambian cotton as the east African countryâ€™s burgeoning local textile industry continues to take shape.
Following the East African Communityâ€™s (EAC) proposed ban in Feb 2016 on second hand clothes and shoes for sanitary reasons as well as for encouraging growth of local industry, Rwanda has since imposed restrictive customs duty on used textiles and footwear, thus cultivating a prospective landscape for its local textile and footwear industry.
Away from agribusiness, another amenable investing option category that has already drawn fellow African investors from Egypt as an example is real estate. This is particularly so given that the current housing demand in Rwanda continues to grow exponentially.
Locally, Rwanda has already embarked on ambitious projects like â€œVision Cityâ€, the largest single residential property of its kind in the region. Considering that the demand for affordable housing in general by the year 2020 is estimated at least 560,000 units, this requires construction of 93,400 units annually (or 7,780 units per month).
This makes it an attractive market for international investors and undoubtedly it is also well suited for Zambian investors in the construction and property industry.
What has been highlighted in this brief article is just but a tip of the iceberg and only focused on import demands in Rwanda. Rwandaâ€™s export menu will be elaborated in our future article.
Otherwise, I can only encourage more deliberate business-oriented exploratory visits both for investors, exporters and importers in both countries.
The author is Charge dâ€™Affaires at the Rwanda High Commission in Lusaka.