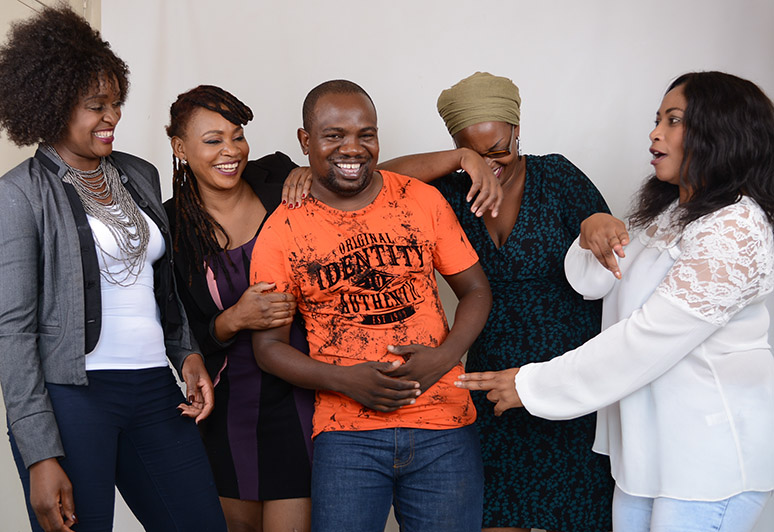 ZIO MWALE, Lusaka
ON the same weekend that Nigerian actors Aki and Pawpaw were in town for a comedy show featuring leading local comedians, the Divas of Comedy also returned to the stage at the NIPA Convention Centre in Lusaka.

The last time the divas were on stage was at Lusaka Playhouse a few months ago when they debuted as Divas of Comedy. The performance was so impressive that some of those in attendance remarked that they were actually better than some of the male comedians.
Well, you expect them to be good. They are under the tutelage of Chibwe Katebe, who is one of the best local comedians.
But here is the interesting thing: Chibwe thinks that he is better at tutoring than actually performing.
It is his own admission.
But the evidence can perhaps be seen in how he has shaped the likes of Ba Tolo (Ardes Suntwe), Jay Lo (Theresa), Nellie Munamonga and Anita.
Unfortunately, when the divas returned with their second public show, there was very little attendance. Obviously, the fans had their eyes on the Aki and Pawpaw show.
It is a serious indictment on those who say local is laka.
But as it turned out, Aki and Pawpaw, just like Ukwa before them, were far from being impressive.
They may not admit it, but it was certainly not value for money that they got.
Some of those who attended actually said the local comedians, even with their recycled jokes, were even better than the Nollywood stars.
Talking about recycling jokes, one of those in attendance at the Mulungushi International Conference Centre show for Aki and Pawpaw posted on Facebook during the show that he had heard those by local comedians far too many times.
In other words, they are unable to create new material.
But that is certainly not the case with the Divas of Comedy. It is all about new material. Unfortunately, the audience stayed away from their NIPA show. Only a few people were in attendance. But make no mistake, they got value for their monies.
People certainly missed out on a good comedy show.
One of the most hilarious performances involved a comedy drama that was titled 100 Kwacha Note, which featured Nelly, Miriam and Mutale. The drama portrayed the life of a street kid and how she could behave if she was to pick a K100 note.
Jay Lo also thrilled the audience with her act in which she portrayed a Member of Parliament presenting a badly written speech.
Mutale also received applause from the audience when she portrayed a pupil from a rural set-up who was graduating.
Nellie presented something a grounded church woman who without any restraint believes in her prophet (papa).
The popular Ba Tolo, who in real life is a diehard ZESCO United supporter, exhibited the life of a soccer analyst. She spiced her jokes with some sensitisation cholera and the need to avoid handshakes during soccer matches and other gatherings.