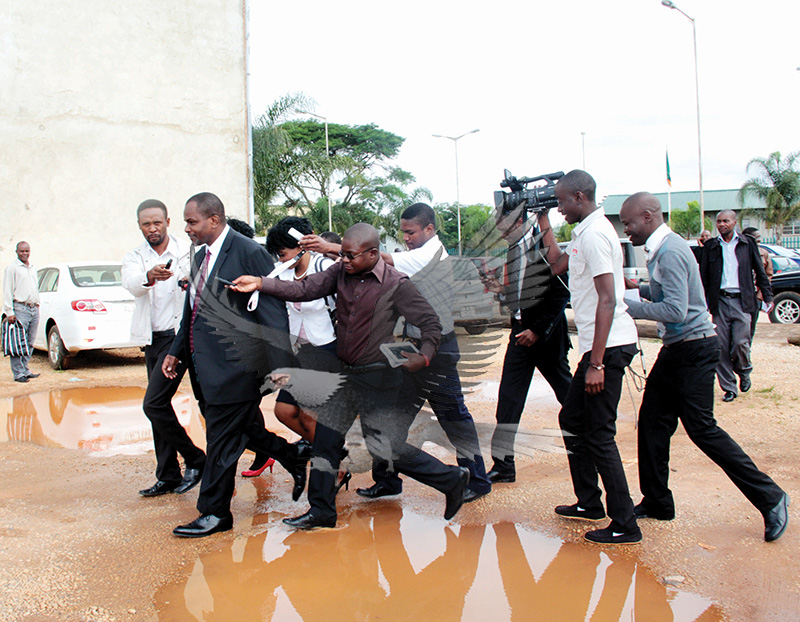 JIMMY CHIBUYE, Lusaka
ATTORNEY-GENERAL Likando Kalaluka has asked High Court judge Mubanga Kondolo to set aside the leave to commence judicial review granted to suspended Director of Public of Prosecutions (DPP) Mutembo Nchito.
Mr Kalaluka said judicial review cannot be used to curtail the processes of an investigative tribunal and Mr Nchitoâ€™s leave should be dismissed and pave way for the tribunal to carry out its mandate.
This is a case in which Mr Nchito has been allowed to commence judicial review challenging the findings of the Annel Silungwe-led tribunal.
Mr Justice Silungwe ruled that the tribunal should not be held in public and that its members, Justices Mathew Ngulube and Ernest Sakala, cannot recuse themselves and further that the terms of reference are competent in law.
Mr Kalalukaâ€™s submissions are contained in arguments on application to discharge order granting leave to apply for judicial review filed in the Lusaka High Court on Monday.
â€œWe urge this honourable court to take cognisance of the fact that the order to stay the decision of the President to establish the tribunal and suspended the DPP from the performance of duties as such flies in the face of section 16 of the State Proceedings Act Chapter 71 of the Laws of Zambia that prohibits grant of injunctions against the State.
â€œAn injunction of the nature obtained by the applicant (Mr Nchito) can therefore not lie against the President of the republic of Zambia,â€ he said.
Mr Kalaluka prayed that the leave granted to Mr Nchito be set aside to pave way for the tribunal to carry out its mandate.
He said the decision of the tribunal appointed to probe Mr Nchitoâ€™s alleged misconduct and incompetence are not amenable to judicial review.
Mr Kalaluka said the constitutional provisions are clear and unambiguous that no court has the mandate to interpret them or make glosses or interpolations derived from doctrine of case law.
He said seeking to determine how the tribunal was constituted under Article 58 of the Constitution is supposed to carry out investigative processes amounts to interpreting the same provisions, thereby delving into the merits of the matters and substituting the courtâ€™s opinion for that of the tribunal.
Mr Kalaluka said the judicial proceedings should be dismissed for want of competence because by entertaining the application, the court will be making glosses and interpolations from the doctrine of case law.
â€œIn the most unlikely event that your lordship holds the view that the leave to apply for judicial review application is competent, it is our submission that the decisions which are being challenged herein are rational, legal and procedurally correct,â€ he said.
Mr Kalaluka said the tribunalâ€™s decision to dismiss Mr Nchitoâ€™s preliminary issues is rational and was arrived at after the parties were heard.

Tin mine to create 1,000 jobs
People joining PF because of good leadership – Chama