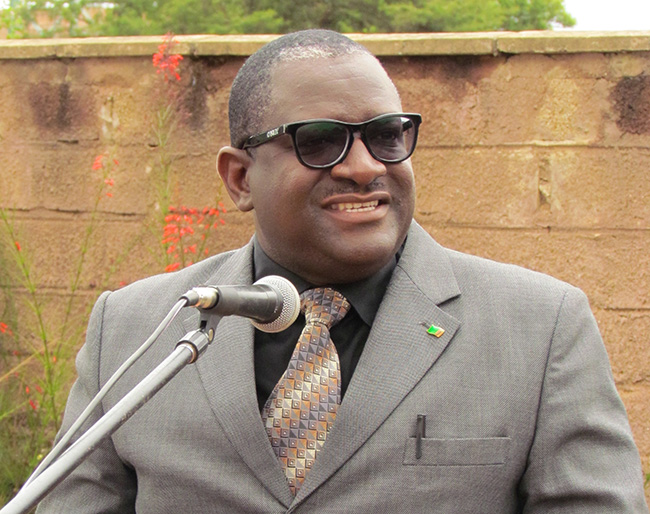 STEVEN MVULA, Lusaka
PRESIDENT Lungu says it is shameful that some Zambian diplomats are creating circumstances to make it difficult for them to be recalled

when their term of office comes to an end.
The head of State says there is no need for ambassadors and high commissioners to resist being recalled by clinging to positions. He has urged them to leave when time to do so comes.
He was speaking at State House yesterday when he swore in former Minister of Mines and Mineral Development Wylbur Simuusa as Zambia’s Ambassador to South Korea and former Bank of Zambia deputy governor Felix Mfula as High Commissioner to Canada.
“There is a time limit to our duty, even myself I will be looking for a fresh mandate in 2021. Some diplomats are resisting recall, they are creating difficulties so that they don’t come back home.
“You cannot stay in one position forever, where is ambition? Even me when I serve my two terms, I will be gone,” he said.
The President has found it strange that some diplomats can resist returning home when their tour of duty has ended and has emphasised the fact that being recalled does not mean the end because there is a possibility of being redeployed.
President Lungu urged Mr Simuusa and Mr Mfula to do their best and excel in their duties so that they can be deployed elsewhere and not get recalled when their current terms expire.
The head of State is confident that the two appointees are suitable for their new positions and he expects them to serve to the expectations of Zambians.
He appealed to the duo not to let him down by failing to deliver.
And speaking in an interview after the swearing-in ceremony, Mr Simuusa, who is also former Nchanga member of Parliament, said he will pursue economic diplomacy by attracting investments to Zambia.
Mr Simuusa said he will ensure that Zambia benefits from South Korea’s technological advancement.
“South Korea is very advanced in IT and I will ensure that this is replicated here in Zambia, especially in the area of mining and agriculture,” he said.
And Mr Mfula said in the past, Canada used to assist Zambia in railways, aircraft and training of military personnel.
“Some of our best army generals were trained in Canada and Zambia Air Force benefited aircraft from Canada. So there is no limit to how far we will take our diplomacy,” Mr Mfula said
Mr Mfula also said he will cement the ties that exist between Canada and Zambia.
“Modern diplomacy is economic diplomacy, so my job is well cut out. We want Canadian companies to invest in Zambia as was the case in the past,” Mr Mfula said.