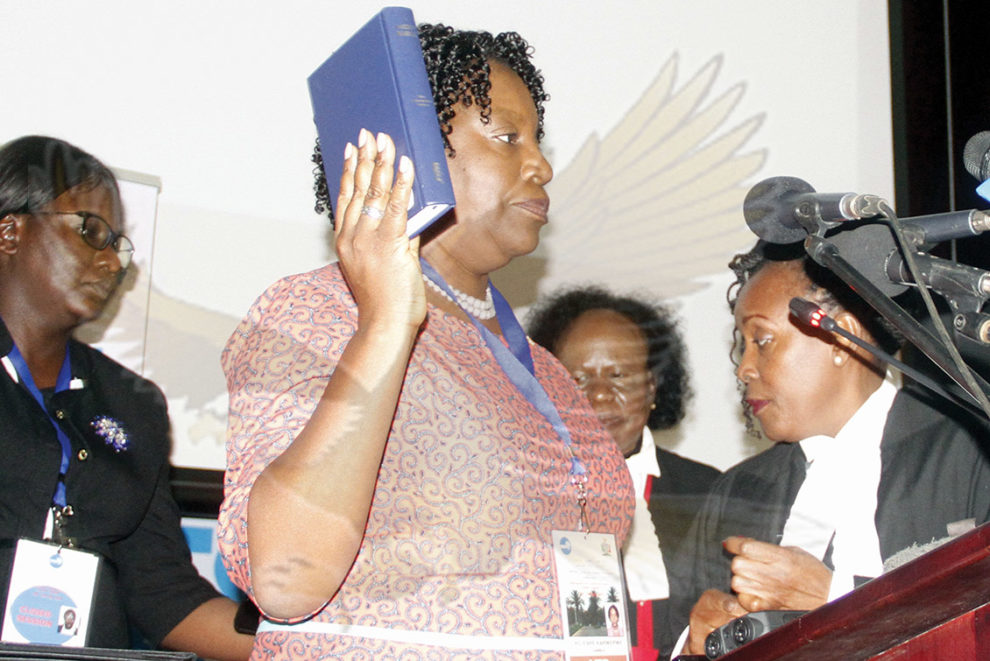 ESTHER MSETEKA, Lusaka
OVER the years, the way of doing business has evolved from the days of barter system to digital transactions, thereby enabling people to conduct trade in real time.
There is no doubt that transactions are now becoming more complex, driven by innovative technological tools and new ways of doing business.
To adapt to the increasing volume and complexity of transactions, the Common Market for Eastern and Southern Africa (COMESA) is devising ways in which it can effectively deepen intra-regional trade.
Recently, Zambia hosted the 20th session of the Assembly of the COMESA Heads of State and Government Summit, which was held under the theme ‘Towards digital economic integration’ at Mulungushi International Conference Centre.
The theme was timely as observed by Madagascan President, Hery Rajaonarimampianina, who is also COMESA Authority chairman, who highlights the importance of digitising the implementation of COMESA programmes to move with the trend.
Mr Rajaonarimampianina feels that doing this will further facilitate trade and connectivity, reduce transaction time and costs, and certainly increase efficiency in the various interventions.
While COMESA has made positive strides by introducing various interventions, more still needs to be done in further improving trade.
He cited the introduction of the COMESA mobile application for small-scale cross-border traders, which will reduce the cost of trade and the soon-to-be-rolled-out COMESA digital electronic certificate of origin as pointers to anticipated growth in region.
“These are some of the developments that should give hope to member states that the regional bloc is destined for higher growth.
“This year’s theme is appropriate in that it reminds us that the 21st century will be defined by knowledge, management, continuous learning, adaptation and innovation-all these are facilitated by modern ICTs [information and communication technologies],” Mr Rajaonarimampianina notes in his closing remarks.
Of great importance is that COMESA has managed to deploy innovative technologies and applications in the use of the block chain technology, which allows for fast, secure and transparent peer-to-peer transfer of digital goods, including money and intellectual property.
This has been done through the insurance companies, which are now issuing the digital COMESA yellow card.
“This application will enable motorists to buy yellow card on-line and speed up the settlements of claims,” the chair believes.
As a regional economic community (REC), COMESA continues to be a leader in the ease of doing business with its acclaimed trade facilitation instruments, which include the regional customs transit guarantee bond, the COMESA carrier licence and single administrative document.
Commendable are the small, but significant steps being undertaken by COMESA in laying a foundation for member countries to participate in the new global economy that is characterised by supply chains and outsourcing.
Worth noting is the industrial sector, which has seen the implementation of the national and regional design studios and to this, Mr Rajaonarimampianina commends the Africa Leather and Leather Product Institute, formerly the COMESA Leather and Leather Product Institute.
Through 3D printing, the leather clusters will be able to manufacture customised shoes that can be sold on-line within the region and to the rest of the world.
This year’s high-level participation at the meeting was a clear indication of COMESA’s collective resolve to further enhance the visibility of the REC, which has continued to play a pivotal role in boosting intra-African trade.
Since the establishment of the Preferential Trade Area for Eastern and Southern African states (PTA) in the early 1980s, and subsequent transformation into COMESA in 1994, the REC has made optimistic pace and has continued to play a pivotal role in boosting intra-regional trade.
In appreciating the transition, President Edgar Lungu feels the route COMESA has taken in embracing digital age is critical in its move of implementing the African Continental Free Trade Area.
As host of the summit, President Lungu notes technology has proven to be a vital catalyst for accelerated growth and development, where the right institutions, resources and capabilities exist.
He also acknowledges the REC’s tireless efforts in establishing a politically and economically stable regional environment that creates confidence among co-operating partners and investors.
President Lungu, however, challenged member states to put in place necessary support structures and resources to ensure that their economies are not left behind in the digital age.
“We cannot afford to back-peddle in our integration process.
“Our objective should be to move towards new economic trajectories with less dependence on foreign capital and place our region on the path of enhanced and sustained economic growth,” he said.
Truly, the use and application of ICTs will help to reduce costs and improve competitiveness through the creation of a COMESA borderless economy. This is what COMESA past Secretary-General Sindiso Ngwenya envisages to see.
In his farewell speech, Mr Ngwenya wants member states and Africa as a whole to form strong collaborations to fight artificial boundaries that were left by colonialism.
“As our leaders, you owe it to the future generations to ensure that people, goods and services can move freely within COMESA and indeed in the African continent,” he said.
It is indeed a well-known fact that COMESA has emerged as one of the strong and influential RECs on the African continent with membership cutting across the continent.
Certainly, the several trade facilitation instruments have tremendously contributed to the seamless flow of trade across the region, thereby making COMESA among the most attractive investment destinations in Africa.
The summit was a special occasion for the region as it welcomed two new members, namely the Republic of Tunisia and the Federal Republic of Somalia, thus raising the number of the regional bloc’s member states to 21 and making COMESA the largest integrated area on the African continent.
Furthermore, the other major highlight was the change in the leadership of the organisation with the appointment of a first woman secretary-general Chileshe Kapwepwe, who is eager to work tirelessly in ensuring that COMESA’s torch is carried high, without its flame being extinguished.