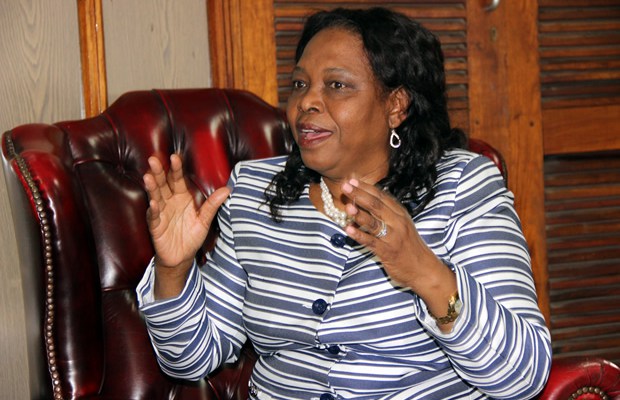 ALFRED KALEMBO, Lusaka
I HAVE followed the discussion that is going on regarding the subject matter. First of all, the freedom of expression I sense in this discussion confirms the new Government’s commitment and promotion of one of the fundamental human rights, which is freedom of expression. I would like to add my voice to current debate on the scrapping off of the Ministry of National Guidance and Religious Affairs, first as a former president of the Council of Churches in Zambia (CCZ) when the said ministry was proposed and introduced and as presiding bishop of the Pilgrim Wesleyan Church, which has been working with successive governments since 1930 through our church schools, rural health centres, hospital, orphanages and community development.
And I also believe that the current Government supports the declaration of Zambia as a Christian nation. Historical Perspective
The church has always worked with the government since the colonial days and after independence. Political leaders worked with and respected the prophetic voice of the church. There was no ministry created then specifically for national guidance and religious affairs. Our founding father, the late Dr Kenneth Kaunda tried to introduce scientific socialism, but the three Church mother bodies provided counsel against it and the government listened to the voice of the Church. At the beginning of the Movement for Multi-party Democracy government, a religious desk was created, but that didn’t do much and was done away with later. In 2016, the Patriotic Front (PF) government sought the support of the three Church mother bodies in the creation of the Ministry of National Guidance and Religious Affairs. I served as president of the Council of Churches in Zambia, Bishop Paul Mususu was chairperson of the Evangelical Fellowship of Zambia and Archbishop Telephore Mpundu was president of the Zambia Conference of the Catholic Bishops. The three Church mother bodies clearly and very uncompromisingly advised the government not to create the said ministry. The three Church mother bodies felt there was no need for it because the church was already working with the government in various line ministries such as Education, Health, Community Development. Many schools were built by the Church in partnership with the government over the years. The Churches Health Association of Zambia, which works very well with Government is one of the best examples of this partnership. Unfortunately, the PF government did not listen to the Church and went ahead and created the Ministry of National Guidance and Religious Affairs.
Instead of working with the Church mother bodies, the government started engaging churches which were members of the Church mother bodies and those which did not belong to any mother body. I remember that in an effort to ensure that a ministry is established, a meeting was called at Cabinet Office in the Vice-President’s office where we were all called as leaders.
The government had invited individual church leaders as well as representatives of the three church mother bodies.
The three church mother bodies still maintained their position of not supporting the creation of the Ministry of National Guidance and Religious Affairs. However, in that meeting, it was indicated that the rest of the churches had agreed but that was not so. Government went ahead and establish the ministry. It was clear after that meeting that Government had managed to divide the Church because some church leaders strongly supported the creation of the ministry while the three Church mother bodies and some churches did not support the move. Some of the things that resulted are: 1. State functions which were always organised by the Church, such as independence celebrations, were now the responsibility of the ministry, working with the three church mother bodies. However, the three Church mother bodies stood together and it is on record that they did not support the creation of the ministry but obliged once it became law. 2. As a nation, we saw a paradox. There was increase in the construction of casinos. Alcohol consumption increased, especially among our young people. In townships like Kanyama where I minister, we saw the emerging of young drug addicts popularly known as “jankies”.

Suggestions
Arising from the historical perspective, I wish to offer the following suggestions that will strengthen the partnership between the Church and the government in the absence of the Ministry of National Guidance and Religious Affairs. 1. The church must be involved in meeting the social needs of the people they serve and not only look on the spiritual side of the people. This is also known as the integral mission. We need to meet the, social, emotional, economic needs of the people. This is the way the church will be a true light and salt of the world as said by Jesus in Mattehw 5:13-14. 2. Be involved in those areas that meet the needs of people practically. In the gospels Jesus mentions many ways His followers, the Church can help and meet people’s needs. For example, in Matthew 9:35 Jesus sets an example that the church should be in preaching (spiritual) teaching and healing (social ministries). The teaching ministry – be involved in setting up schools, use your connections to build schools in Zambia and use your connections to be involved in meeting the health needs of our people. When the church is involved in meeting the educational and health needs of the Zambian citizens, they will be able to relate to the government ministries that are involved in education and health. In Matthew 25:34-46, Jesus outlines a number of his expectations of the church. He commended those who were involved in the social needs of the people and condemned those who were not. His invitation was, “Come, you who are blessed by my Father; take your inheritance, the kingdom prepared for you since the creation of the world” (25:34). His commendation was, to those who: a) Feeding the hungry (Ministries of Agriculture, Livestock and Fisheries). The Church must be involved in supplementing the government in food production. b) Giving something to drink to those who are thirst (Ministry of Water and Sanitation). The Church must supplement the government effort in the provision of safe water by drilling the boreholes. c) Provision of accommodation to strangers (Ministry of Tourism and Arts). Lodges and guest houses are needed where people will feel safe and welcomed. The Church is in a better position to supplement the government effort to welcome people to Zambia to support our tourism and art. d) Clothing the naked (Ministry of Commerce and Trade). The Church should be involved manufacturing and trade to have the means to provide clothing for the need in society. e) Visiting those who are in prison (Ministry of Justice). He said to his followers. The Scriptures contains all the ministries that are outlined by the government. 3. The church, in our provincial capitals must come together and invite stake holders including the government for such meetings like prayer breakfasts. The Church must be the convener and one in charge to pray for the various needs of the nation. The government must allow the church to regain its lost place of organising national events by Church mother bodies working the office of the Secretary to the cabinet.

This article is not exhaustive. My focus has been to show that if the church is fully involved in meeting both the spiritual and physical needs of the people where we minister we will find a place to partner with the government in carrying out the mandate of serving the citizens of Zambia. In conclusion I wish to state that: 1. No single church or denominations has the gifts and capacity to partner with the government in all the ministries through which they want to serve the citizens of Zambia. This is also because their different realities and needs where we serve. Some churches serve in very remote areas, some in very densely and poor areas in cities while some serve in affluent areas of our society. However, no matter where the church serves there in for a social needs or integral mission that needs to be addressed and met by the church serving in that particular area. But they need to be involved in some social action or integral mission to partner with the government in their area of ministry.
2. The integral mission or social ministry of the church can make a difference and will be noticed by the government which can open the door for the Church to partner with Government. 3. Those who are in Government are members of various churches and submit to the leadership of their church leaders. The church leaders, counsel and marry their children. The church provides marital counselling and prays for their various needs. This strengthens the partnership that should exist between the Church and political leaders. Therefore, the Church needs to continue to minister to the spiritual and physical and social needs of the people they serve, which will open the door for a partnership between the government of the day and the Church which has been in existence before any government and will continue after any government. Jesus told his disciples in Matthew 28:18-20, “All authority in heaven and on earth has been given to me…And surely I’m with you always, to the very end of the age.” The author is Bishop of Pilgrim Wesleyan Church.

What would IMF deal mean for Zambia?
Inmates eager for ‘new dawn’ pardon