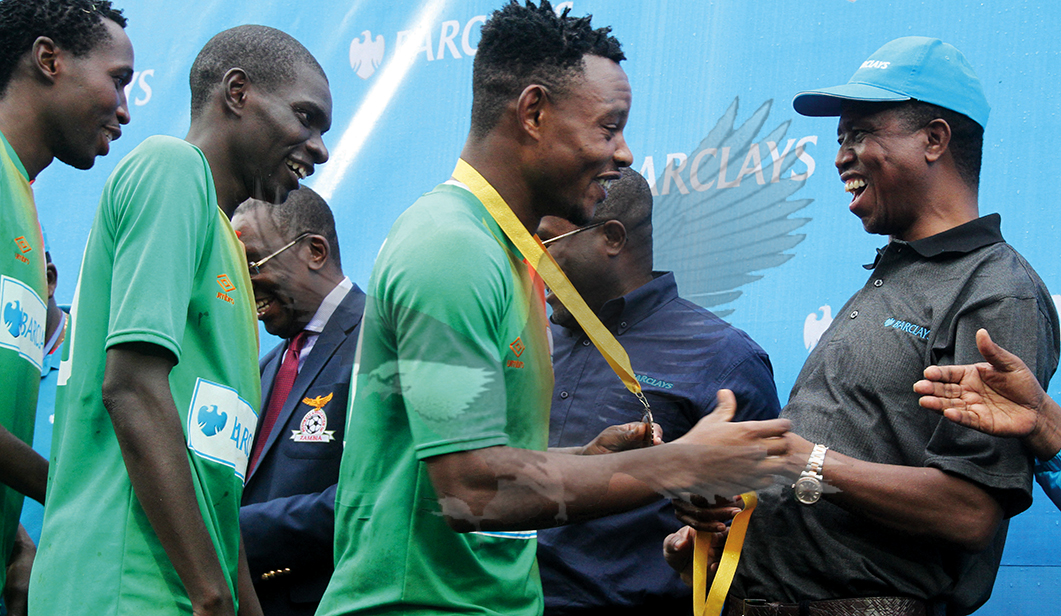 ALEX NJOVU, ROBINSON KUNDA, National Heroes Stadium, Lusaka
PRESIDENT Lungu says wrangles that have rocked the Football Association of Zambia (FAZ) executive committee could only be resolved through dialogue.
And Lungu says the standard of football in the country has improved.
Lungu said in an interview in Lusaka yesterday after watching Zesco United beat Zanaco 1-0 to lift the Barclays Cup that dialogue is the way to go.
The FAZ executive committee has been engulfed by wrangles after president Andrew Kamanga suspended his deputy Richard Kazala and executive committee member Blackwell Siwale for alleged gross misconduct.READ MORE