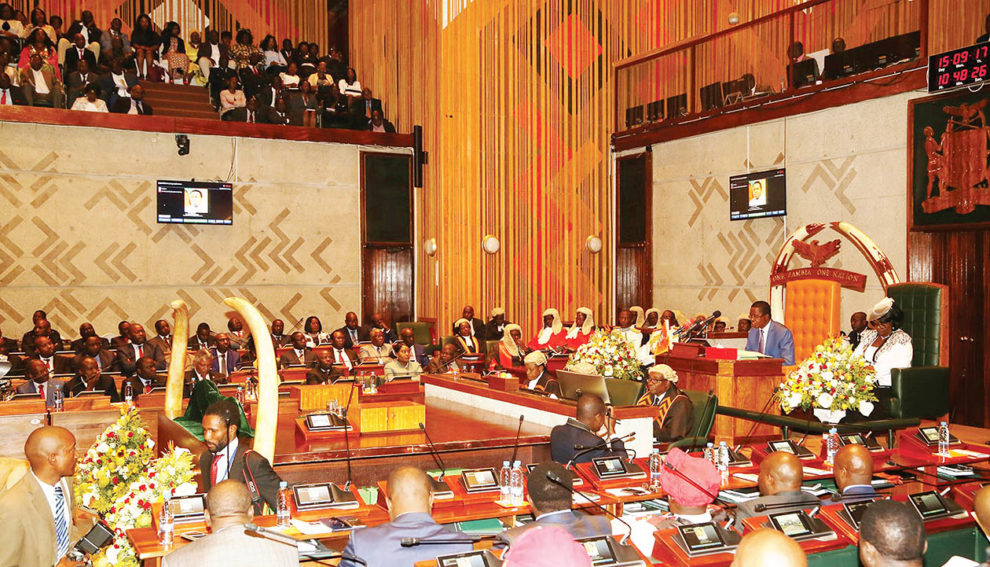 THE political parties and organisations which will stop the appointment of their members to the National Dialogue Forum will be liable to imprisonment for a term of not less than one year if or when the National Dialogue Bill is ratified in its current form.
This is certainly a step in the right direction as this would ensure that national interest is given priority by relevant stakeholders.
According to the National Dialogue (constitution, electoral process, public order and political parties) Bill of 2019, a person commits an offence if they obstruct, interfere with or hinder the appointment, swearing-in, membership or duties of a member.
This clause is progressive in view of a growing trend of some politicians and other national leaders failing the country by shunning important national meetings to suit their personal and political interests.
We live at a time when politicians and indeed other national leaders politick about literally everything and anything.
While politicking may be tolerated in some instances, it cannot be allowed to interfere with national interest and development.
There are so many examples of instances where personal, sectorial and political interests have overridden national interest.
We remember how we lost the opportunity to expand the Bill of Rights through a referendum as a result of selfish political interests.
What is most unfortunate is that the expansion of the Bill of Rights was meant to guarantee people’s fundamental liberties and social rights, including those who opposed it.
But because some people with short-sighted political interests were looking at it as an advantage to those in the ruling party, they fought it tooth and nail.
This is why we are where we are today.
In whose interest is it to continue entertaining such retrogressive behaviour? This is certainly not in national interest.
It is for this reason that we believe the National Dialogue Bill clause which compels key stakeholders to take part in National Dialogue Forum is necessary. It will help bring sanity to the way leaders handle issues of national interest.
Zambians are generally tired of politicians playing ‘political hide and seek’ at the expense of national development and other collective national interests.
The National Dialogue Bill, which goes for second reading today, has been a contentious issue with some sectors of society trying to frustrate the process.
One is left to wonder what some of these stakeholders are really up to, that is if they even deserve to be in the bracket of stakeholders.
The Bill that is being fought is essential. When it becomes law, it is meant to facilitate the implementation of the Siavonga resolutions of political parties relating to constitutional and institutional reforms, separation of powers and judicial independence, tolerance, freedom of assembly and civility in politics.
The Bill also aims to review electoral reforms, provide for a national dialogue process to facilitate the Constitution refinement process and regulation of political parties.
It also covers the public order and electoral process reforms. It further provides for the establishment of the National Dialogue Forum and its functions.
Looking at what the law is aimed at achieving, only retrogressive-minded individuals would oppose it.
The Bill, for instance, protects the members of the National Dialogue Forum, including members of staff, against any violence threats.
“A person convicted of an offence is liable to imprisonment for a term not less than one year but not exceeding three years without the option of a fine,” the Bill reads in part.
According to the bill, a person also commits an offence if required to attend the Forum or to produce any information required by the members but absents themselves or refuses to provide the required information or provides false information.
Once convicted of this offence, one will be liable to a fine not exceeding fifty thousand penalty units or to imprisonment for a term not exceeding six months or both.
This clause will help compel those who are stubborn to contribute to the dialogue and in sincerity because failure to do so will attract punitive measures.
From the lessons learnt so far, legal backing is necessary to compel leaders to undertake national obligations against personal and political interests.
If leaders fail to fulfil national obligations on their own, then there is no other way but to compel them through the law.
Those who step into the national leadership arena should know that there are obligations to be fulfilled for the greater good of the nation.
It is better one stays away from the corridors of power or authority if not ready to serve national interest.
Political leaders, church leaders and civil society should work together with the government of the day because there is more value in diverse views.
If they stay away from national dialogue, it is the poor Zambians who are deprived of diverse representation and views on any matter.
It is good that the Bill also provides for participation of all members of Parliament, this will ensure fair representation of the Zambian people.