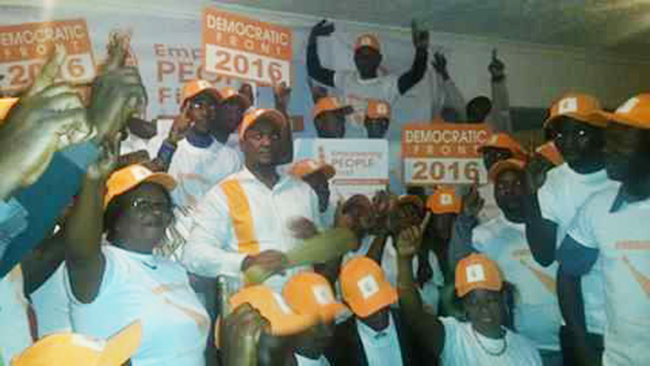 TEDDY KUYELA, Lusaka
THE Lusaka High Court has ruled that the Democratic Front (DF) remains deregistered as decided by the Minister of Home Affairs.
The High Court has since refused to stay the execution of judgment in which it discharged leave to apply for judicial review of the decision of the Minister of Home Affairs Davies Mwila to deregister the DF.
The ruling by Judge Judy Mulongoti follows an ex parte application by DF secretary-general Morgan Ngâ€™ona, who had asked the court not to execute its judgment in which it discharged the leave granted to the party to apply for judicial review pending an appeal to the Supreme Court.
Judge Mulongoti said the application was misconceived and she dismissed it, according to her ruling delivered on Monday.
She said there was nothing for the court to stay as the leave which she had granted to Mr Ngâ€™ona also operated as a stay of Mr Mwilaâ€™s decision but that it was discharged.
Judge Mulongoti said the ruling discharged the leave which operated as a stay of the decision of the Minister of Home Affairs to cancel the DF certificate of registration.
â€œAfter discharging the leave together with the stay, the parties reverted to the status quo that the Democratic Front remains deregistered as it were before the leave. There is nothing to execute of the ruling.
â€œAs I stated above, there is nothing to be stayed in this case. There is no court order to be executed or enforced by the respondent. The effect of the ruling is that the party stays deregistered as decided by the Minister. Accordingly, the application is refused. Leave to appeal is granted,â€ she said.
Judge Mulongoti said the applicantâ€™s advocates also filed skeleton arguments and that she is fortified by the Supreme Court decision in the case of John Mumba and others vs Zambia Red Cross Society decision to discharge an injunction.
She said the Supreme Court elucidated that â€œthere was nothing to be stayed by the court which could be enforced as a court order if the application had not been grantedâ€.