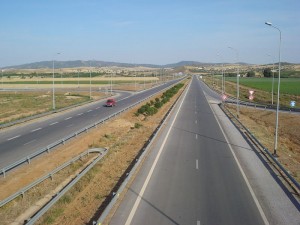 THE news that some Chinese investors are now reluctant to fund certain road construction projects because of resentment of their investment by a section of the Zambians makes sad reading.
Vice-President Inonge Wina told Parliament on Friday that Government had engaged the Chinese private sector to finance the construction of roads which are not under the Link Zambia 8000 programme.
She told the House that a leader of an opposition party wrote stating that the Chinese government should not support the construction of the Lukulu-Katunda road.
The other roads whose financing was discouraged were the Manyinga-Mwininlunga road, and the Mumbwa-Kasempa road.
When such news is said to come from a leader, it makes sad reading in a number of respects.
In the first place, the news makes sad reading because leaders are chosen not only to lead the people but to also take development to them.
Leaders meet high-ranking officials, engage with them at that level and convince them to partner in the development projects.
And this is what Government did in finding the funders for the roads.
In doing this, they lobby financiers to put their money in the development projects for the benefit of the people they represent.
It is disappointing that a leader, in dissuading the development projects, is taking away from the Government efforts.
The fact that one is a leader, they have the responsibility to put their country first.
And in putting their country first, we mean that they should have the interest of the country by seeing to it that development projects are initiated, implemented and completed for the benefit of the people.
If, therefore, a leader dissuades the implementation of a project through discouraging its funding, such a leader does not have the interest of the people at heart.
When leaders seek to be elected, they make promises to uplift the welfare of the electorate to make their life better by coming up with better facilities.
And it is beyond any sane person’s belief that a leader can discourage the taking of development to the people who need it the most.
From the roads stated above, we are talking about rural areas where the dwellers need to have easy access to markets, health facilities and even schools.
Roads in rural areas also open them up to development because they make it easy for those who wish to take development there do so.
In a number of cases, the difficulty in accessing rural areas excludes them from the many development efforts, especially those undertaken by the private sector.
And so when Government, at its level, engages a financier to put its money into a project, such efforts should be recognised and appreciated by all, especially leaders.
In dissuading the development efforts, it can also be said that those who do so are not working in sync with Government.
Though opposition leaders and those in Government may differ in their approach to issues, we believe they should move together when it comes to improving the welfare of the people they represent.
It is important to realise that some opportunities never come back again and so when they present themselves before us, we should make the best of them.
We should also remember that the financiers who are dissuaded from funding some projects are not bound by any obligation and they choose where to take their money.
When the financiers choose to use their money to develop rural areas, let us support them because we want to make those places better for the rural dwellers.

Africa has right to choose friends
Black Mountain for youths, not big shots