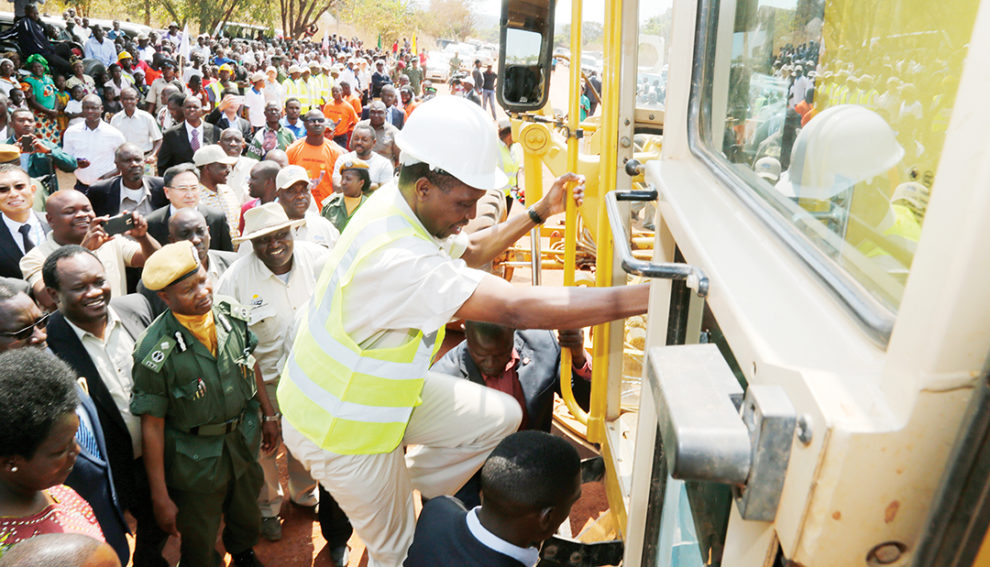 THE 35th president of the United States of America, John F Kennedy, during his inauguration said, “…ask not what your country can do for you-ask

what you can do for your country.”
True to Mr Kennedy’s words, there are so many people in various parts of the world including Zambia who have a misconception that the government should do everything for them and assuming that their role is that of beneficiaries only.
These are people who are quick to criticise the government of the day for any slow pace of development or lack of it.
This is because they have detached themselves from the process of attaining development.
They believe the responsibility to develop the country lies squarely on the shoulders of Government.
However, the truth of the matter is that the responsibility to develop a country lies on all citizens regardless of status.
While Government is the major driver of development, we do not know of any country in the world which has developed without the full involvement and hard work of its citizens and other stakeholders.
History and experience have shown that development is always a product of collective efforts of all stakeholders.
There is no single person or entity that can claim to have all it takes to develop a country, not even government itself.
This is why President Lungu is calling for collective efforts in developing this country.
Speaking during the Umutomboko ceremony of the Lunda people in Luapula Province, President Lungu said development is not a preserve of government but is a collective effort of all stakeholders.
The President is spot on. Every citizen, regardless of status, should be involved if we are to develop as a country.
The head of State also stressed the importance of all participants in the development process aligning their ideas and efforts with national interest as opposed to personal interest.
It is only when national interest takes precedence in the decisions and actions of all Zambians that our dream for development will be realised.
While there are so many factors that hinder development, it is true that lack of patriotism and self-centredness are among the prominent ones.
The recent trend of sabotage where public infrastructure has been torched is one practical example of how lack of patriotism can retard progress.
The work attitude of those in public offices can either hinder or propel development.
We have time and again heard how public officials exhibit laissez-faire attitude towards work thereby affecting service delivery and development.
We have also heard of how some depraved individuals in critical public offices have made decisions that fit their narrow interests at the expense of national development.
Some public officials have, for instance, given out contracts to undeserving bidders who have ended up doing shoddy works at the expense of huge government expenditure and development.
If we are all driven by national interest, we will not have chiefs selling land and relegating their subjects to squatters.
We will also not have parliamentarians boycotting their parliamentary duties thereby depriving their electorate an opportunity to be heard and their plight looked into.
When national interest is at the centre, we will not have armchair critics but stakeholders who will confide in Government on what measures it can take to alleviate the suffering of the people and subsequently develop the country.
We will also differentiate between time for politicking and time to work together for the good of the nation.
We all need to take introspection and interrogate our actions and behaviours if they are in tandem with national interest. If not, we need to re-align them.
Let’s take a leaf from John F Kennedy’s wise council by sincerely asking ourselves: What can we do for our country?
This is the only way we are going to develop as a country.

Support UNZA initiative on unemployment
Parents should not embarrass Zambia