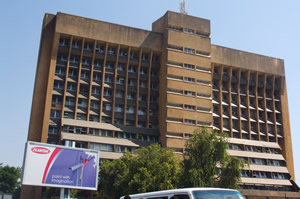 KELLY NJOMBO, Lusaka
THE Parliamentary Committee on Economic Affairs, Energy and Labour on Friday heard that delays by several institutions to pay tax on time is affecting smooth disbursement of approved budgets.
Ministry of Finance permanent secretary for economic management and finance Ronald Simwinga said Government is facing difficulties to release the full budget allocations that are usually approved because of failure by various institutions to pay tax on time as required.
The committee chaired by Kasempa member of Parliament Kabinga Pande wanted to know why the treasury releases approved budgets piecemeal.
Mr Simwinga said failure to meet budget release targets is due to the current economic shocks that have resulted to tax evasion by some people in the country.
Tax revenue is among the sources of funds used to fund budget approvals in the country.
He told the committee, which was discussing the high poverty levels in the face of sustainable economic growth in Zambia, that the country has been facing challenges in releasing all the approved funds to various sectors in the budget due to tax evasion and reduced collection of resources.
â€œOn the budget releases which are not matched to the approved budget targetsâ€¦yes there has been a challenge, particularly in the past year, and I did allude to the state of the economyâ€¦the budget is actualised through the collection of resources.â€
â€œOver the recent periods and because of unforeseen economic shocks, people are not paying tax as they are supposed to pay, and at the end of the day, we have to rationalise on how we release resources,â€ he said.
Mr Simwinga has since called on institutions and the citizens to pay tax to enable the country implement developmental projects effectively.
He said it is through taxpayersâ€™ money that Government invests in developmental projects such as infrastructure that create jobs for the locals as well as reduce poverty in the country.