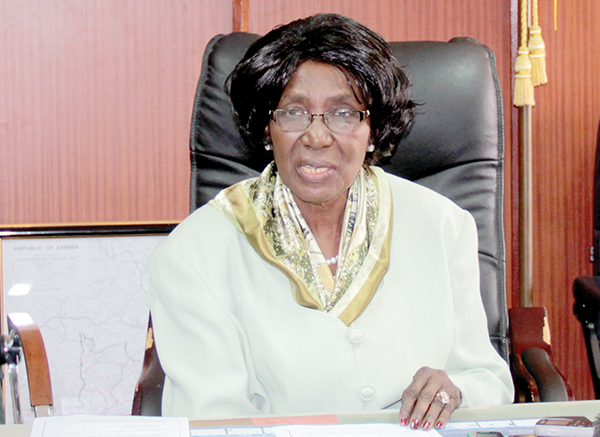 ELIZABETH CHATUVELA, Nalolo
VICE-PRESIDENT Inonge Wina has described those who have left the Patriotic Front (PF) to join other political parties as frustrated individuals who are only interested in government positions and to become Presidents.
Mrs Wina said it is unfortunate that some people are impatient and want to become presidents at all costs when they are fully aware that there can only be one head of State at a time.
Mrs Wina, however, wished those who have defected to the opposition well in their future endeavours.
â€œThe defections are a two-way thing. While some of our members are leaving for other parties, we are equally receiving new members who have confidence in this Government,â€™â€™ Mrs Wina said. http://epaper.daily-mail.co.zm/